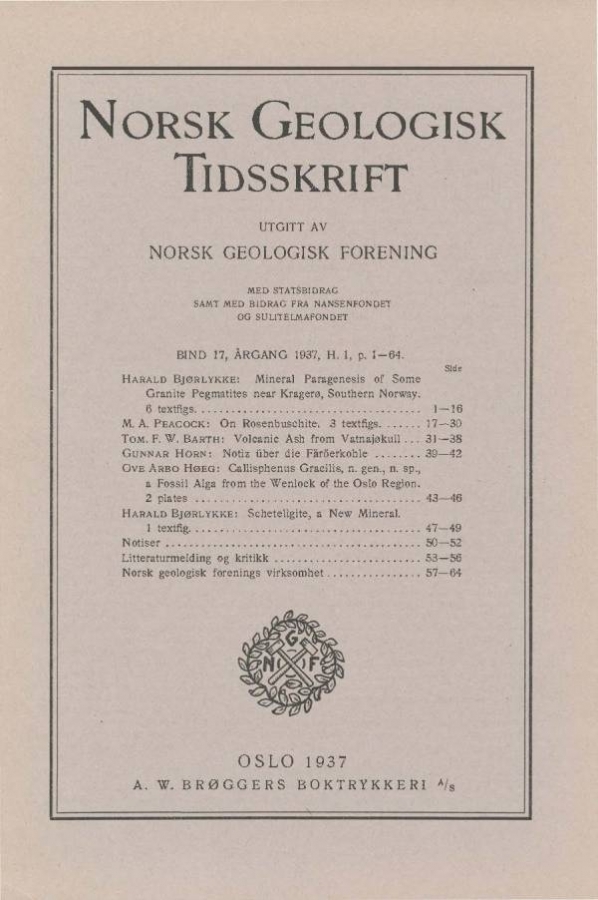 1937
Callisphenus gracilis, n.gen., n.sp., a fossil alga from the Wenlock of the Oslo region
17

The specimen described below was found in August, 1910, on the small island of Kommersøy near Holmestrand, in the Oslo Fjord, by Miss Mary S. Johnston, and presented to the British Museum (Natural History) in 1936. Mr W. N. Edwards found that it was probably a new species, not previously described, and sent it to me, asking if it was already known in Norway, and suggesting that it might be an impression of one of the Dasycladaceae. The fossil is certainly not known before from the Paleozoic formations of Norway, and upon the whole it appears to represent a new and very interesting type.