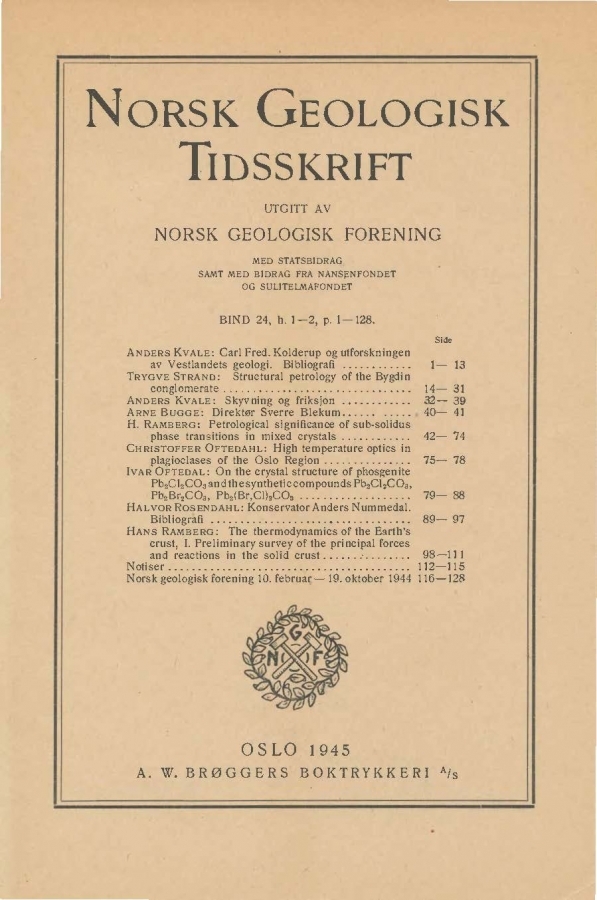 1945
High temperature optics in plagioclases of the Oslo Region.
24

The exact knowledge of the variation of the optical orientation with the chemical composition in the plagioclase series, is principally due to the work of Becke. He used the conoscope for his determinations, but later the universal stage gradually came into use, and the methods for this are given by L. Duparc and M. Reinhard ( 1924, in French) and by M. Reinhard (1931, in German). The stereograms with the migration curves were suited for most of the plagioclases, but in some cases the literature shows that there were obvious discrepancies.