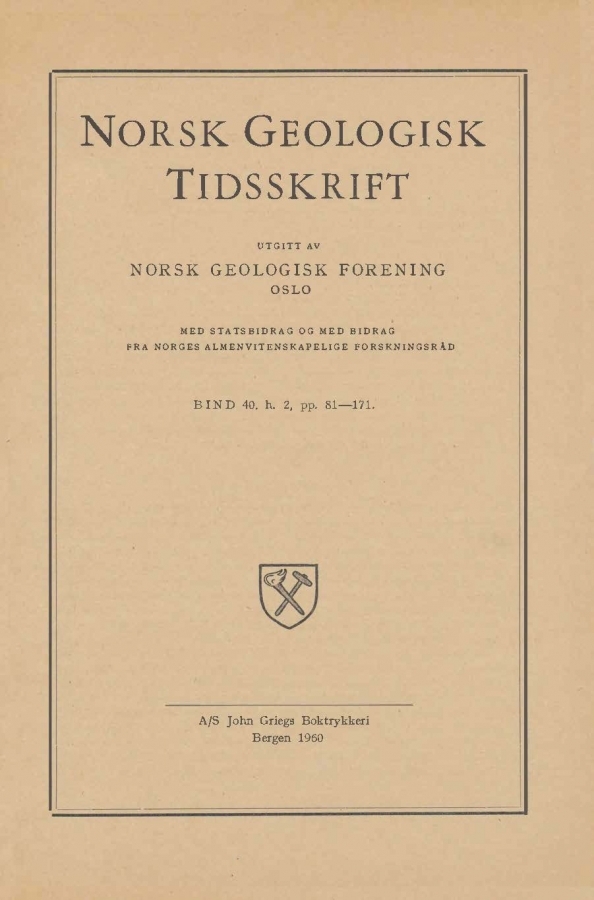 1960
Contributions to the mineralogy of Norway. No. 5. Trace element variations in three generations of feldspars from the Landsverk I pegmatite, Evje, Southern Norway.
40

Li, Na, K, Rb, Cs, Pb, Tl, Ca, Sr and Ba have been determined in potassium feldspars and co existing albites of three different generations from one large pegmatite ( Landsverk I, Evje, southern Norway). In addition Fe, Cr, Mn, Cu, Co, Ni, V, Sn and F were determined in a pink microcline and a green amazonite which were seen to grade into each other. Same element concentrations and ratios reflect the different conditions of formation of the feldspars from the three generations. The data indicate that the amazonite formed through metasomatic action of a "pegmatitic rest liquid" ( from which cleavelandite crystallised) on the pink microcline of the first generation. The trace element data also indicate that the youngest K- feldspar is not a late fractionation product of the pegmatite, but rather a late secondary mineralisation. The cause of the colouring of the amazonite is discussed and it is concluded that it is not to be found in a significant difference in composition from the pink microcline for any of the elements determined.