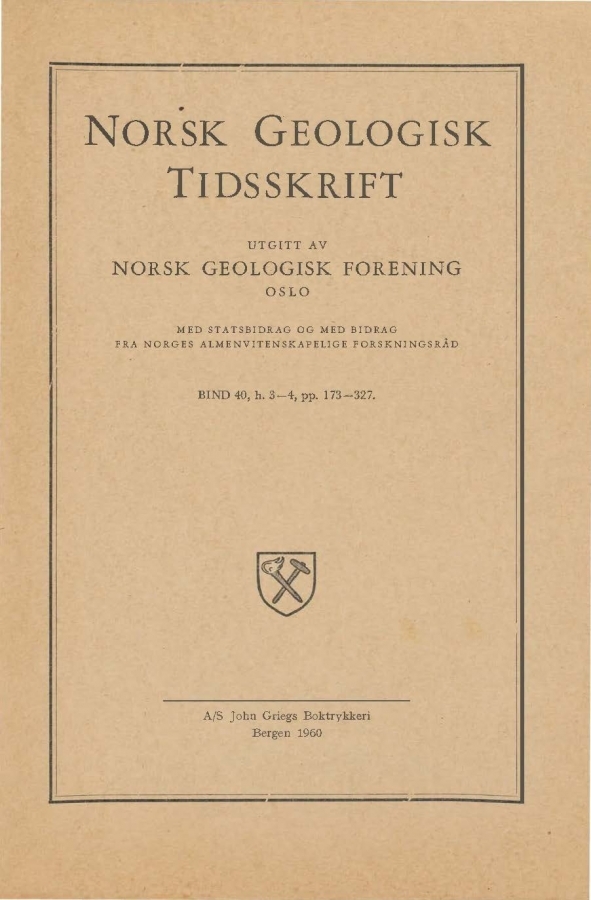 1960
The Middle Ordovician of the Oslo Region, Norway. 13. Trilobites of the family Asaphidae.
40

Certain glabellar features in Ogygiocaris suggest the presence of three preoral segments, A1, pnt, and X, which all three seem to take part in the formation of the eye lobe.

The deformation of fossils is discussed and the term L-form suggested for elongated andjor narrowed forms, W-form for shortened and/or widened forms, and O-form for specimens preserving the original length/width proportion.

Two new descriptive terms are introduced, paradoublural line for a line on the dorsal test directly above and conformable with the inner margin of the doublure, and band furrow for the furrow separating the posterior band of the occipital and axial rings from their main part. The term "longitudinal" (long. ) is preferred over "exsagittal" (.exsag. ) andjor "sagittal" (sag.) in relation to directions of measurements.