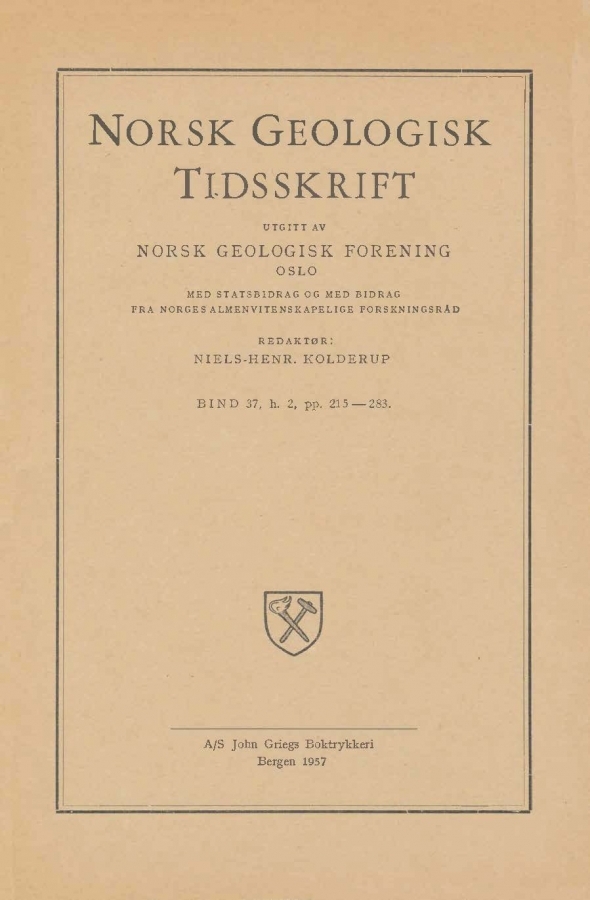 1957
Connections between the Trondheim and Sunnhordland Regions, caledonides of Norway.
37

On this view the Caledonian mountain range forms a great are pushing into Central Norway, having its convex side towards the southeast and to southward passing over into an are with its concave side to the southeast. Such an arcuate mountain chain would provide an explanation of the complex folding systems that we encounter in the chain. In the following paragraphs I shall discuss featurcs which throw light on the relationship between such an arcuate mountain range and the geology of Norway.