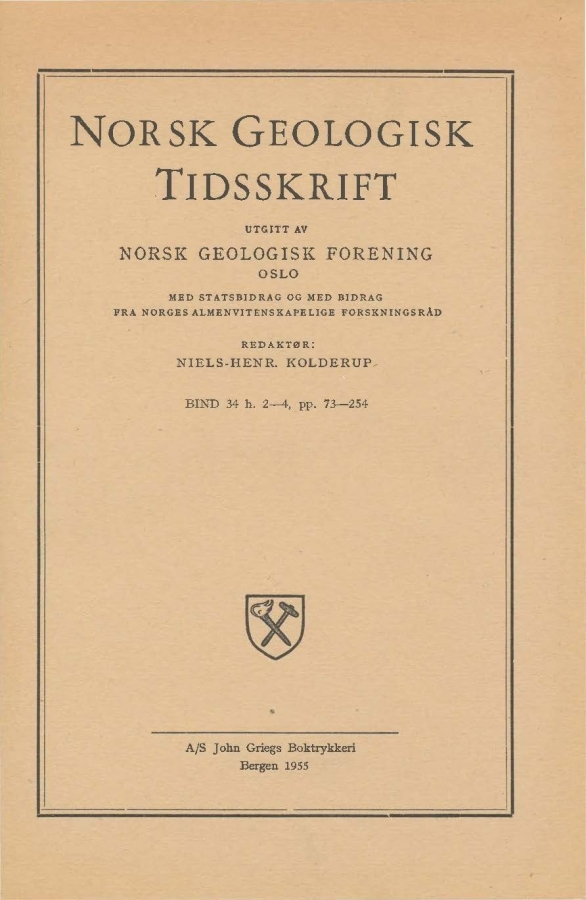 The Middle Cambrian beds, which are the oldest ones in this area, are described from a number of localities. The basal beds are of  different age in the different localities and the facies change rapidly. This is explained by a marked topography in the basement, probably due to Precambrian faulting along a system of fractures which were active also in the Permian. In other areas of the Oslo region the change in facies in the Middle Cambrian can probably be explained in the same way, and not by Caledonian thrust faulting.