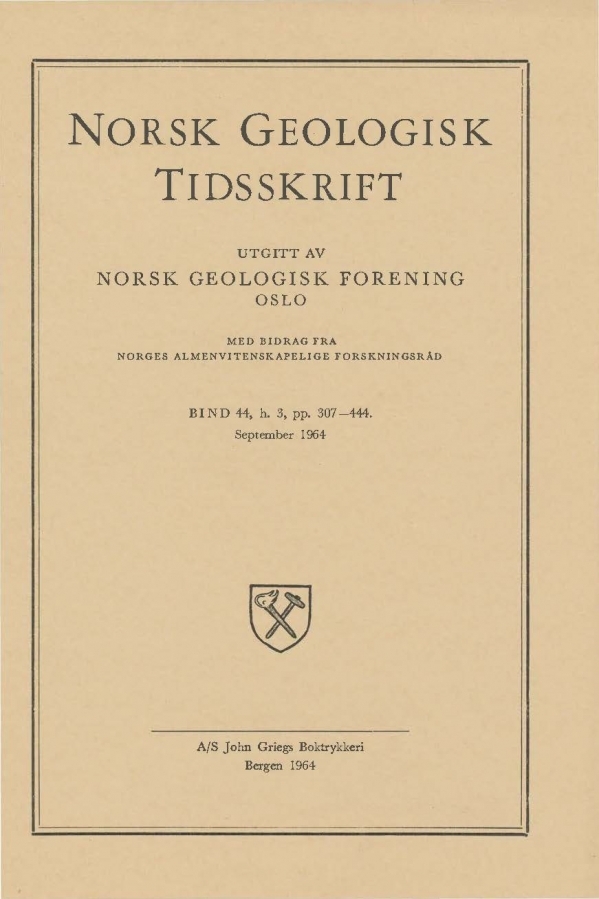 35Cl/37Cl ratios have been determined in five Pre-Cambrian apatites from Ødegårdens verk in South Norway. The apatites selected for analysis were of two principal varieties, namely chlorapatites with wt. % Cl 6.02--6.24 and apatites containing only 1.67 wt. % Cl. The chlorine-poor apatites have obviously been derived by metasomatism of the former group. Three chemical analyses of the apatites are presented. In none of the samples studied was any variation in the stable chlorine isotope abundances detected; the average 35Cl/37Cl ratio in the samples being 3.129 ± 0.002, compared with a reference isotope standard ratio of 3.128 ± 0.002.

These results compare favourably with those of previous workers and serve to support the thesis that isotopic fractionation of the stable chlorine isotopes is rarely, if ever, effected during normal processes of mineral formation.