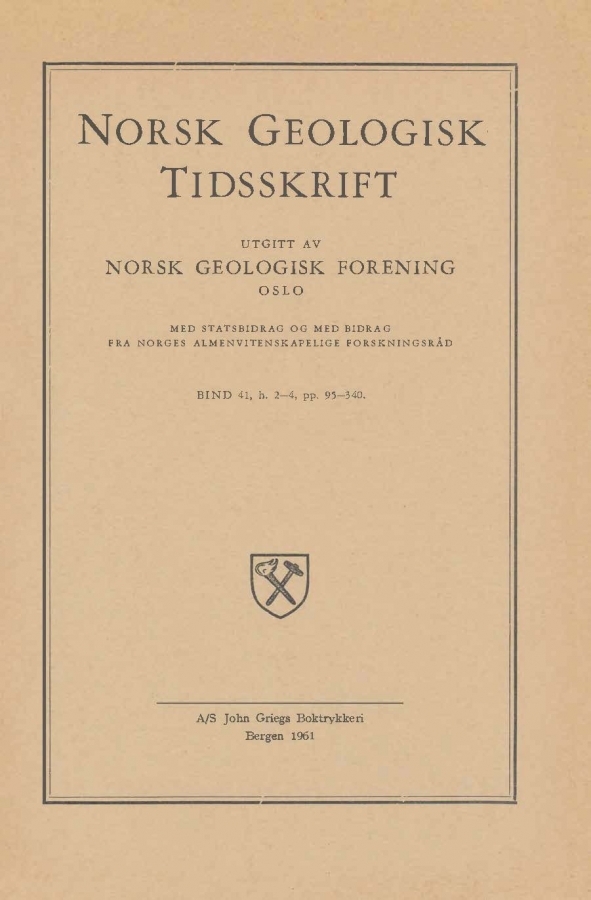 1961
Contributions to the mineralogy of Norway. No. 9. On the occurrence of two rare phosphates in the Ødegården Apatite Mines, Bamble, South Norway 1. A variety of Woodhouseite. 2. Whitelockite.
41

A description is given of varieties of woodhouseite and whitlockite found in specimens from the apatite-rich veins cutting the Precambrian rocks at Ødegårdens verk, Bamble, S. Norway. The minerals occur, together with quartz, in pockets within a matrix of chlor-hydroxy-oxyapatite. Physical and optical data are given for both minerals, together with x-ray powder diffraction data. A semi-quantitative spectrographic analysis of the whitlockite is included.

The whitlockite is a green variety, containing approximately 0,3% V2O5, with optical constants: NO = 1,620 ( ± 0.003), Ne = 1,623 ( ± 0,003), Ne - NO 0,003 ( ± 0,003), uniaxial negative. It is concluded that the minerals in these pockets represent either final residual products of crystallisation within the apatite vein or that they were formed during a later period of metamorphism, metasomatism and hydrothermal activity which may have affected the apatite veins.