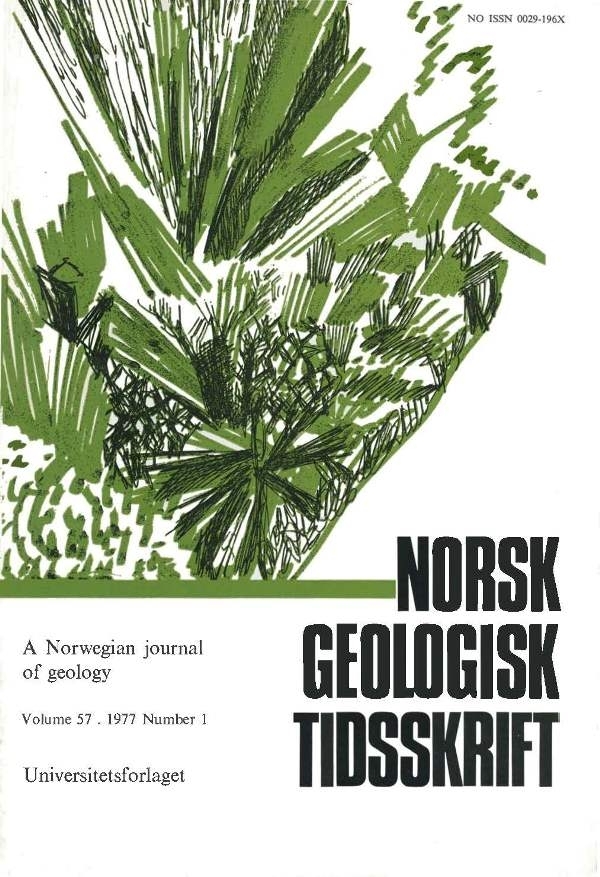 1976
A possible equivalent of the Laksefjord Nappe, south west of Porsangerfjorden, Finnmark, Norway
56

A hitherto unrecorded sequence of rocks from the west Stabbursdalen area, south west of Porsangerfjorden, is briefly described. The minimum thickness of this unit, which is considered to be allochthonous and provisionally named the Betusordda Nappe, is in the order of 600m. The unit consists of quartzites, phyllites, and metasiltstones affected by Iower greenschist facies metamorphism. The nappe exhibits a history of polyphase deformation. The first folds, of a flattened buckle type, have an associated axial planar foliation which is crenulated by later small scale folds. Both these fold types have axial directions trending approximately N-S. Later folds include N-S buckling and open E-W warps with some associated faulting. In a brief discussion of the position of the nappe in the tectono-stratigraphy of the Finnmark Caledonides, it is proposed that the nappe probably represents part of the Laksefjord Nappe of mid-Finnmark.