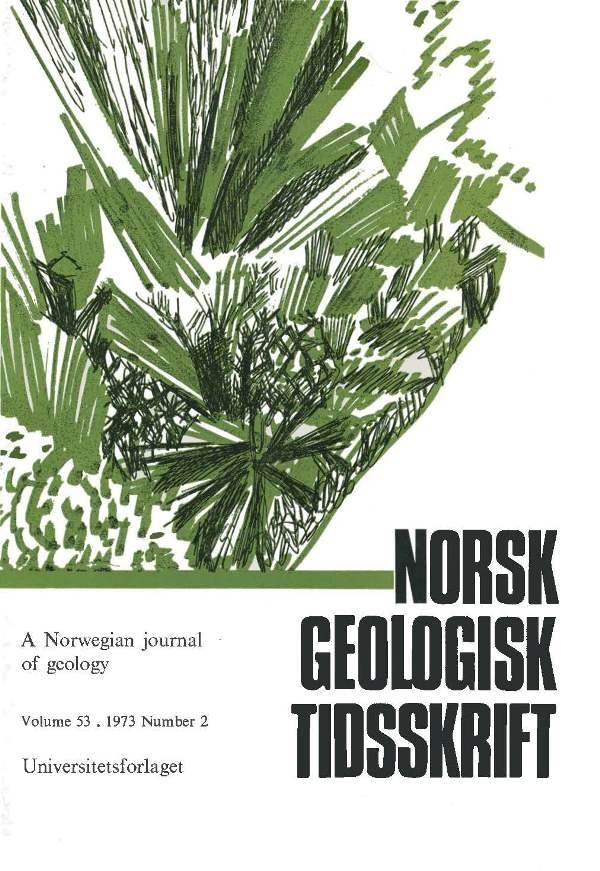 The 'fissure' fjords of the western coast of Norway are north-south-oriented tributary fjords to the more prominent east-west-trending 'strike' fjords, and their orientation has been previously attributed to Caledonian or Svalbardian structural control. A detailed study of joint patterns in Devonian and older rocks of the Solund and Buelandet-Værlandet districts, which are located adjacent to the mouth of Sognefjorden, indicates that the orientation of the 'fissure' fjords is controlled by a prominent set of north-south-oriented joints. This joint set clearly cuts across earlier Caledonian and Svalbardian structures and is considered in this report to be of Tertiary age, related to the uplift and eastward tilting of the Scandinavian landmass. The joint set is parallel to and probably related to the Norwegian Channel, an offshore linear depression of Tertiary origin. The 'fissure' fjords were cut by Pleistocene tributary glaciers flowing in valleys eroded parallel to these major north-south joints. The 'strike' fjords follow older Caledonian and Svalbardian structural elements.