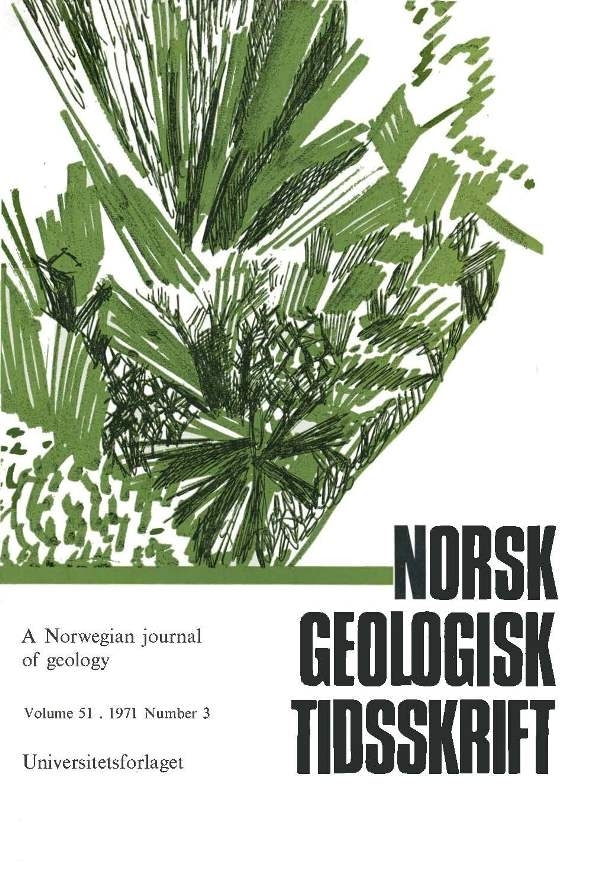 Quartzites, metabasic and -acid volcanics around Dalen belong to the Bandak group, the upper part of the Precambrian supracrustal Telemark suite. These rocks were deformed into NE-trending, steeply plunging folds and were metamorphosed under P-T conditions of epidote amphibolite facies. The steep plunge of folds was caused by forceful intrusion of several granite bodies in the supracrustal rocks south of the present area. Quartz and calcite veins occur in abundance in the area confined to the mesoscopic structures in rocks. One major set of sulphide-bearing quartz veins occurs along joint planes developed perpendicular to the major fold axis. Sulphides were formed in these veins after silicates. Texturally, molybdenite, galena, bomite, chalcocite, covellite, chalcopyrite and pyrite seem to have formed in that order at various temperatures between 500 and 75°C. Molybdenite in these veins was found to be a mixture of hexagonal (2H) and rhombohedral (3R) polytypes. Besides the commonly occurring flaky variety, a fibrous variety of molybdenite is also found which seems to have formed by replacing isolated tourmaline needles in quartz. X-ray diffraction data on the two varieties are similar. Alteration of molybdenite occurs first as oxidation into molybdite and then by reaction of Ca bearing solution the latter changes to powellite.