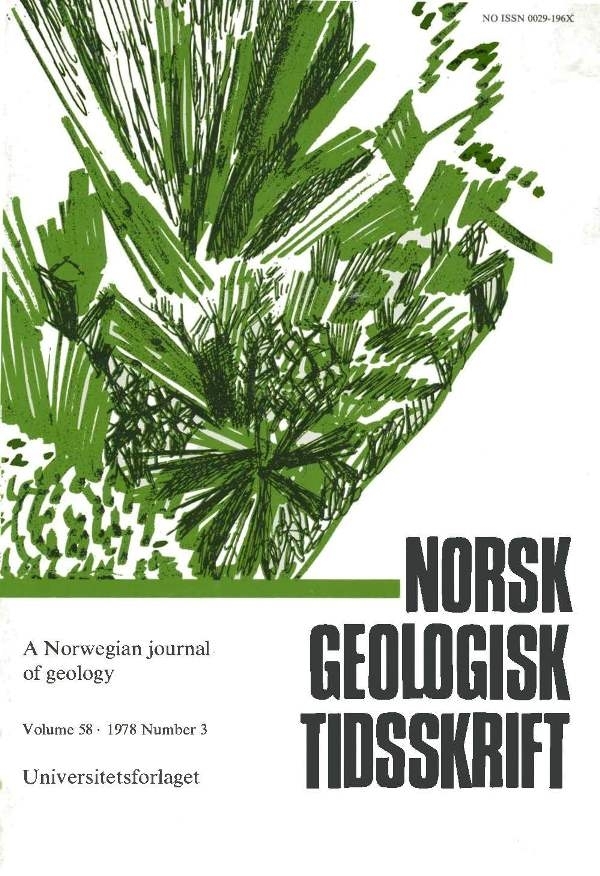 1978
A major early Caledonian igneous complex and a profound unconformity in the Lower Palaeozoic sequence of Karmøy, southwest Norway
58

The evidence and conclusions arrived at by Birkeland (1975) for the existence of a metasedimentary sequence on Karmøy of Precambrian age are erroneous. This is also the case in relation to his conclusions regarding the regional tectonic pattems. In this paper, evidence is presented that the rocks of West Karmøy form an igneous complex of diorites and granditoids wbich, it is proposed, should be subsequently referred to as the West Karmøy lgneous Complex. This complex intrudes an envelope of greenstones, metagabbros, and metasediments, regarded as part of the standard Lower Palaeozoic sequence of West Norway. A profound unconformity occurs between this substrate and the overlying low-grade metasedimentary sequence of Upper Ordovician age in South Karmøy. This unconformity is of regional significance in the elucidation of orogenic stages during the evolution of the western Norwegian Caledonides.