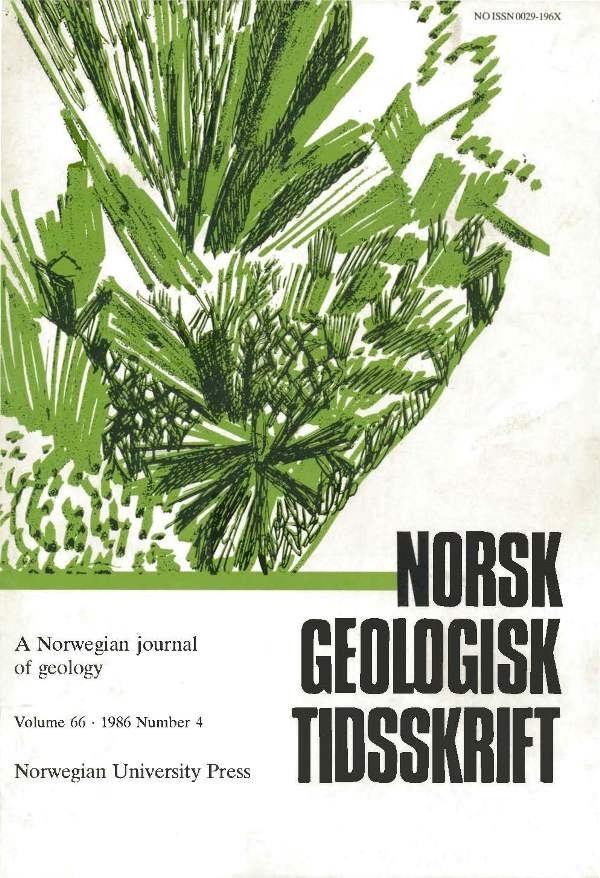 The course of the submarine channel extending from the mouth of the Langesundsfjord into the deeper parts of the Skagerrak is believed to be structurally controlled, following the boundary zone between the Precambrian gneiss complex to the west and the Oslo graben igneous complex to the east. The formation of the channel is believed to be due to glacial erosion, and its resemblance to West-Norwegian fjords is noted.
The sediments of the channel vary in thickness, owing partly to a very irregular basement, but it is suggested that they obtain a maximum thickness of at least 180 m. The sediments can be divided in to 4
units, of which all, except the upper, are thought to represent glacial marine sediments. Most of the sediments were probably deposited during the Late Weichselian under more or less ice-proximal conditions, and during the earlier parts of the Holocene.
Core sampling within the channel shows the upper sediments to be homogeneous silty clays, while the upper sediments in the areas outside the channel are heterogeneous glacial marine deposits covered with a thin, greatly re-worked Holocene accumulation, less than 50 cm thick. Winnowing by bottom currents, caused by the intrution of Atlantic water during the deglaciation, is suggested.