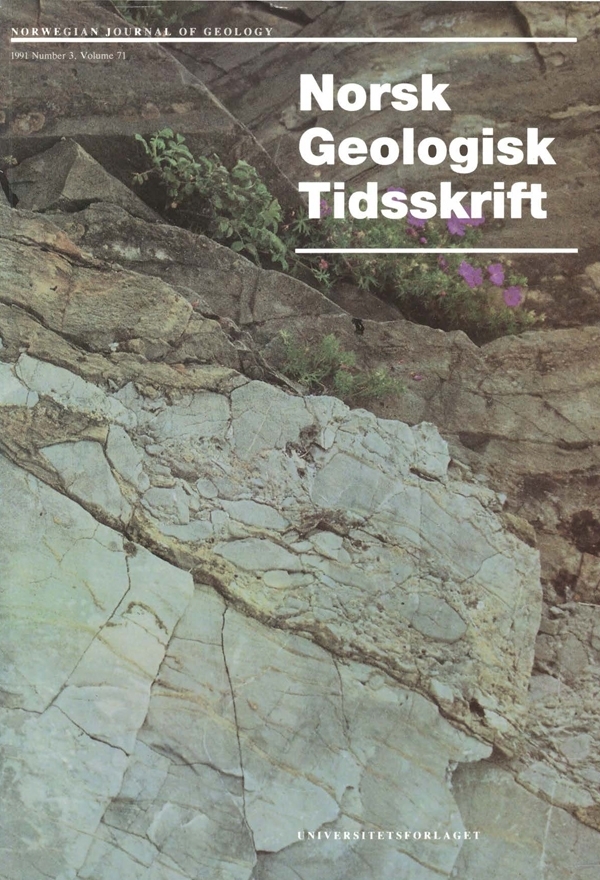 1991
The Otta Conglomerate, the Vågåmo Ophiolitefurther indications of early Ordovician Orogenesis in the Scandinavian Caledonides
71

On both geological and geochemical grounds the 'greenstone' sequence of the Otta-Vågåmo area is characterised as a fragmented ophiolite, structurally emplaced over the Baltoscandian miogeoclinal sequence during pre-Middle Ordovician thrusting. Mapping of the Otta-Vågåmo region has clearly established a major stratigraphic unconformity between the ophiolite and the overlying Sel series. The tectonostratigraphic setting of the ophiolite complex is established by this major unconformity beneath the Upper Arenig/Lianvirn conglomerate of the Sel cover series, with its population of clasts derived, in large part, from the ophiolite. The unconformity locally oversteps the ophiolite on to its Heidal substrate white both upsequence levels and lateral equivalents of the 'serpentine' conglomerates reveal abundant clasts of previously deformed and metamorphosed rocks of Heidal affinity, in addition to ophiolitic de bris. This clearly demonstrates the 'terrane-linking' nature of the unconformity, while the fauna of the lowermost Sel places a clear upper time-limit to obduction of the Vågåmo Ophiolite across the western margin of the then Baltic Craton.