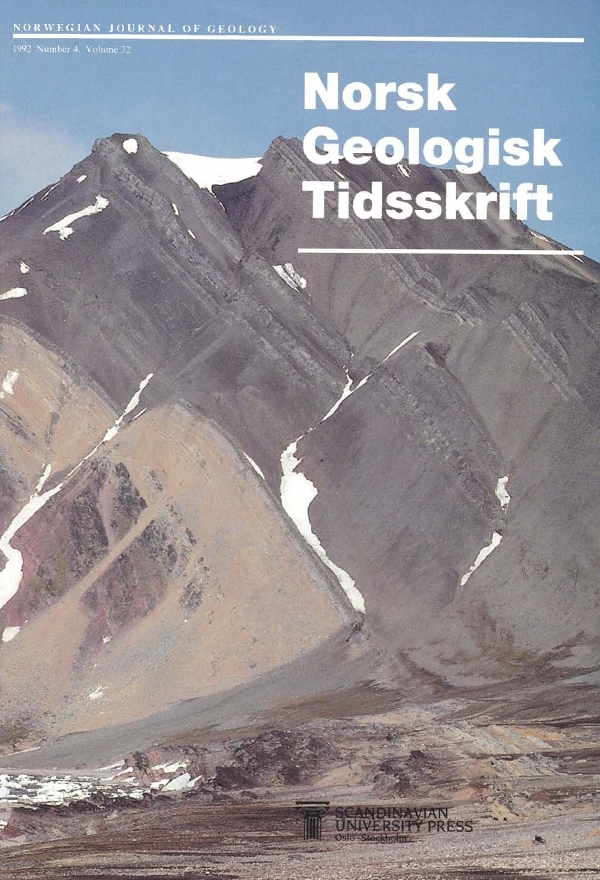 1992
Structure and evolution of the Lofoten continental margin, offshore Norway
72

The continental margin of westeni Norway, in the Lofoten area between 67°N and 69°30'N, is geologically complex. The& continental shelf is narrow and dominated by rotated extensional fault blocks. The inner shelf has a series of deep half grabens& infilled by thick sedimentary sequences, primarily of Cretaceous age. The outer shelf is dominated by a complex structural high, the& Utrøst Ridge, where crystalline basement rocks are at the seabed or covered by a thin veneer of sediments. Seaward of the Utrøst & Ridge, beneath the continental slope and extending out to water depths of approximately 3000 m, a possible Mesozoic rift basin is& buried by Paleogene tlow basalts and Cenozoic sediments several kilometers thick. The Lofoten Escarpment marks the approximate& edge of the Tertiary oceanic crust. West of the Lofoten Escarpment a zone of seaward dipping retlectors is observed within the& oceanic basalts, interpreted to be controlled by a series of landward dipping listric faults. The oceanic basalts are overlain by a& sequence of Eocene and younger Cenozoic sediments. This paper discusses the observed geological structure and presents a general& model for this part of the Norwegian margin.