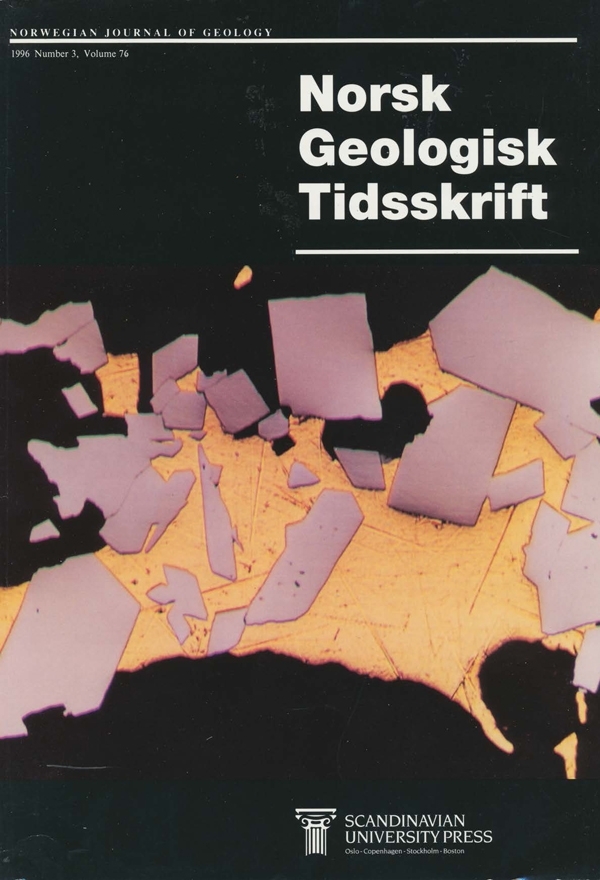 Recent field studies and new fossil dating of the Upper Carboniferous strata of central Spitsbergen have led to a reappraisal of the traditional lithostratigraphic framework, and two new stratigraphical units (the Black Crag and Pyefjellet Beds) are defined in the lower part of the Cadellfjellet Member (Wordiekammen Formation). The Black Crag Beds, previously used in an informal sense, are here formally defined as a series of limestones characterized by the presence of 5 units (2- 30 m thick) of massive sparsely to non- fossiliferous carbonate mudstone (micrite). The Black Crag Beds, of early to late Kasimovian age, can be traced throughout Bünsow Land and form the base of the Cadellfjellet Member in western areas, where they directly overlie evaporites and dolomites assigned to the Minkinfjellet Formation. However, in central and eastern Bünsow Land the Black Crag Beds are separated from strata typical of the Minkinfjellet Formation by a series of fossiliferous limestones whose constituent facies show a cyclic distribution. Each cycle is capped by an exposure surface. These limestones, of late Moscovian to early Kasimovian age, are here termed the Pyefjellet Beds and form the base of the Cadellfjellet Member (Wordiekamrnen Formation) in central and eastern Bünsow Land. The stacked limestone cycles of the Pyefjellet Beds are considered to constitute a distinct Late Carboniferous (late Moscovian-early Kasimovian) carbonate platform, the Ny Friesland Platform, which developed within the Billefjorden Trough on the hanging-wall dip-slope of the Ny-Friesland Block. The Ny Friesland Platform marked the eastern margin of a contemporaneous low- relief topographic basin (the Campbellryggen Basin) which lay between the platform and the footwall of the Nordfjorden Block. The margin of the Ny Friesland Platform is marked by an abrupt westward thinning of the limestone cycles that constitute the Pyefjellet Beds and a concomitant interfingering with evaporites and dolomites of the uppermost Minkinfjellet Formation. The evaporites and dolomites are considered to represent the off- platform 'basin- fill' of the Campbellryggen Basin and were deposited predominantly during sea-level lows when the Ny Friesland Platform was exposed. Consequently, the exposure surfaces bounding the marine limestone cycles in the Pyefjellet Beds are considered to be time equivalent to the evaporites and dolostones deposited in the basin. Relative sea-level highs resulted in the deposition of the Pyefjellet Beds. Aggradation and progradation of the Ny Friesland Platform was therefore a highstand phenomenon. The vertical transition from the Pyefjellet to Black Crag Beds probably reflects a large-scale change in circulation patterns across the central Spitsbergen carbonate platform. Indeed, the rocks within the Cadellfjellet Member are considered to represent a single late Moscovian to mid-Gzelian regressive sequence. Regressive sequences of similar magnitude, and spanning the same time interval, have also been documented in Arctic Canada and Greenland, and are apparently the result of a regional fall in relative sea level which affected the northern margin of Pangaea.