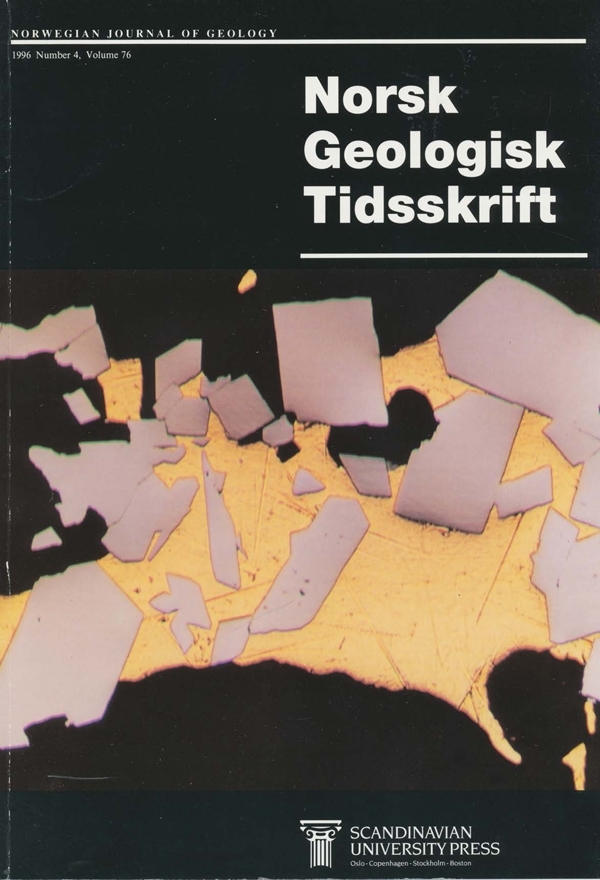 1996
Sedimentological changes across the Ordovician-Silurian boundary in Hadeland and their implications for regional patterns of deposition in the Oslo Region: a comment
76

In Norsk Geologisk Tidsskrift, 1995, Vol. 75, pp. 199-218 Braithwaite, Owen & Heath describe a model for sedimentation during latest Ordovician to early Silurian time, where an easterly source of sediments is interpreted to be a general feature of the basin. They also indicate down-warping to the west and south, generating a general east-southeast to west-southwest depth gradient across the basin. This scenario may be plausible for Ordovician and earliest Silurian ( Rhuddanian) time, although there are contradictory evidences from the Rhuddanian sections. For the ensuing Aeronian Stage, petrologic and sedimentary evidence found in the central Oslo Region points to a source from the west, while benthic faunal and sedimentary data corroborate a slope from west to east.