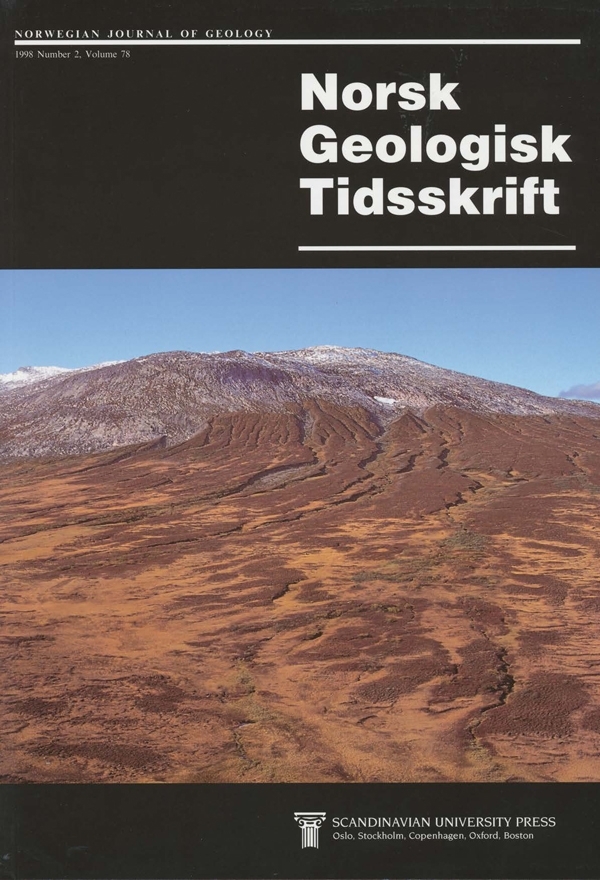 Pleistocene to Eocene stratigraphy and geological evolution of the thick Cenozoic fan deposits on the western Barents Sea continental margin SW of Bjørnøya are interpreted on the basis of seismic data and the results of biostratigraphic analysis (foraminifera, dinofiagellate cysts and radiolaria) from exploration well 7316/5-1. Strontium isotope ages are also obtained from three levels. The biostratigraphic analysis reveals seven informal zones based on foraminifera, four informal zones based on dinofiagellates, and five zones based on radiolaria fauna. Glacially derived Upper Pliocene and Pleistocene sediments rest unconformably on a Lower Oligocene to Lower Miocene section. An unconformity between the Lower Oligocene and Middle Eocene is also recorded. Prior to this investigation Oligocene sediments had not been encountered in exploration wells in the Barents Sea. The Oligocene benthonic foraminiferal fauna found in well 7316/5-1 is very similar to the fauna recorded in outcrop at Forlandsundet. Strontium-isotope correlation suggests, however, that the Oligocene section found in the Barents Sea is 5-6 m.y. older than that found at Forlandsundet.