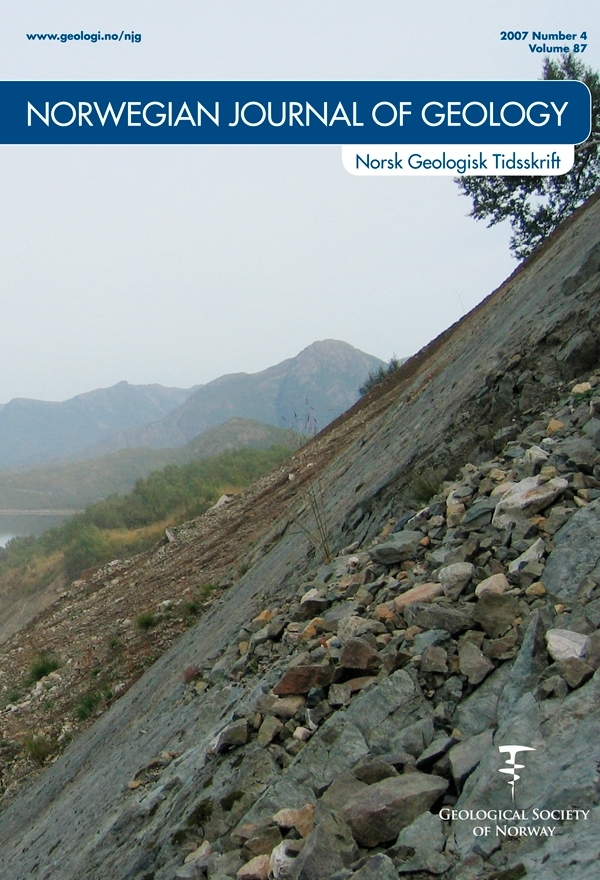 2007
Inhomogeneous deformation in deeply buried continental crust, an example from the eclogite-facies province of the Western Gneiss Region, Norway
87

Mesoproterozoic protoliths and Scandian eclogites with coronitic textures were preserved in low-strain domains during burial and exhumation in the Sunnfjord Region of western Norway. In domains with moderate deformation, eclogites were flattened, and form lenses occurring both as massive and LS-tectonites. Highly strained eclogites occur in shear zones with thicknesses from the cm scale up to 20 m. PT estimates on kyanite and phengite-bearing eclogites give P of 2.3 GPa and T up to 635 °C for the eclogites in the Dalsfjorden area. Microfabric analyses of eclogite mylonites show that both intracrystalline and diffusional deformation mechanisms were active at the estimated temperature above 600 °C. EBSD measurements of omphacite from an eclogite mylonite show that {001} reveals a well-defined maximum parallel to the stretching lineation while {010} defines a girdle approximately normal to the foliation. The EBSD measurements are in accordance with microfabric observations suggesting dislocation creep of omphacite. The deep-crustal, eclogite-facies, inhomogeneous deformation is assumed to be the result of compositional, mineralogical and structural variations in the protolith and access to a fluid phase. This caused variations in rock strength leading to local strain partitioning and variation in accumulated strain, in addition to changes in the regional stress regime. In contrast, the subsequent amphibolite-facies deformation resulted in the development of a pervasive, regional, E-W-trending foliation fabric evolved during the late-Scandian exhumation. Based on textural evidence, large parts of the mafic complex south of Dalsfjorden in Sunnfjord are interpreted to have been a former eclogite, representing one of the largest eclogite bodies in the Western Gneiss Region. Based on regional mapping of the area, about 95% of the crust exposed is estimated to have been transformed to amphibolites during the late-Scandian exhumation.

A.K._Engvik_et_al_screen.pdf
This email address is being protected from spambots. You need JavaScript enabled to view it.
ISSN 029-196X
Print