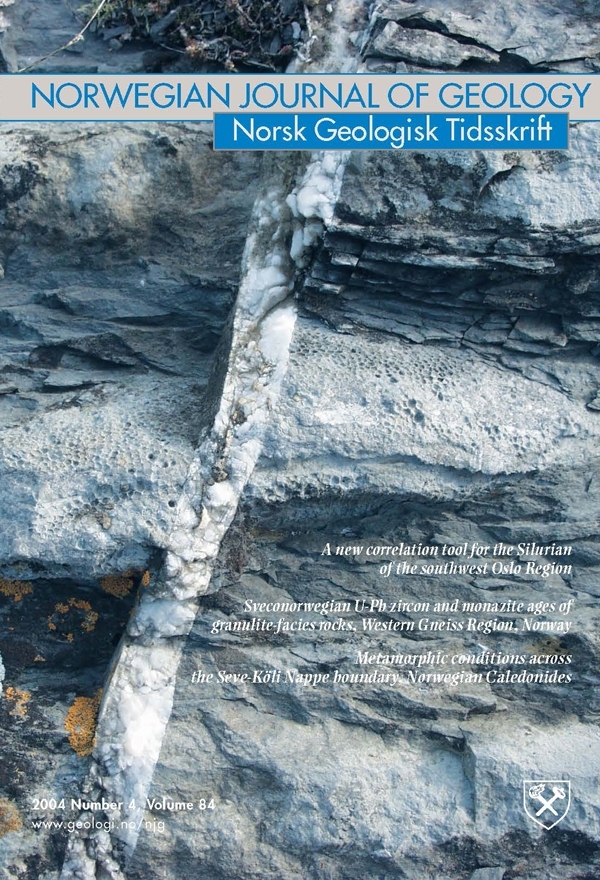 Rocks of the lower Seve Nappe and overlying Köli Nappes are exposed by a domal structure in the Einunnfjellet-Savalen area, southeastern Trondheim region, south-central Norway. In a traverse across the dome, garnet-biotite thermometry from pelitic schists and amphibole compositions in coexisting mafic rocks indicate a normal metamorphic gradient from structurally higher to structurally lower rocks that proceeds uninterrupted across nappe boundaries, including the Seve-Köli nappe boundary. Above the garnet isograd, biotite-bearing pelites indicate lower greenschist facies. Below the garnet isograd, temperatures recorded in garnet-bearing pelites range from 480-515?C east of the dome, to a maximum 550-580?C in the core of the dome. The transition zone between the greenschist and lower amphibolite facies is indicated by mineral compositions of amphibole, plagioclase, and muscovite. The data presented are consistent with nappe stacking prior to or coincident with peak metamorphism, which is interpreted to have occurred during an interval broadly correlating with Scandian orogenesis (c. 435-400 Ma). If this interpretation is correct, there is little evidence from this particular area for the presence of an earlier Paleozoic, widespread regional metamorphic event. Comparison with well-studied Tethyan-type convergent margins may provide a realistic model for pre-Scandian metamorphism in this region.