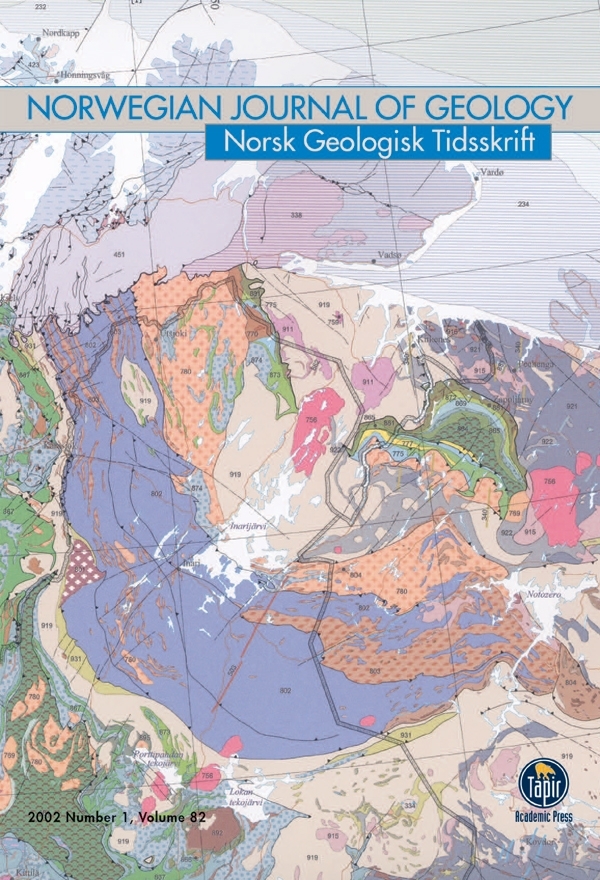 Zircon fractions extracted from an oceanic, low-K rhyodacite and an arc-related trondhjemite body in the Bymarka ophiolite, dose to Trondheim, Central Norwegian Caledonides, have yielded a precise U-Pb age of 482 ± 5 and an interpreted age of c. 481 Ma, respectively. The dates are considered to represent the crystallisation ages of these felsic rocks. Geochemical data indicate that the rhyodacite is comparable to plagiogranites occurring in the nearby Løkken ophiolite, and is considered to be cogenetic with the metabasaltic greenstones of the ophiolite. The trondhjemite, on the other hand, transects the greenstones and shows a clear, subduction-related, geochemical signature. In common with neighbouring, dismembered and tectonically disrupted ophiolites, the Bymarka ophiolite is considered to have been obducted upon a microcontinental block represented by Gula Complex rocks, in Early Arenig time. Just prior to this development, seaward subduction ofoceanic crust had provided appropriate conditions for the formation of blueschist-facies metamorphic parageneses, and led to the generation of late-stage are products. A plausible palaeogeographic scenario in Late Cambrian to Early Ordovician time along and outboard of Bal ti ca involved dual subduction systems, with seaward polarities, in the eastern part of Iapetus, or the Ægir Sea. This involved an anticlockwise-rotating Baltican plate facing first Siberia, in Cambrian time, and then Laurentia in the Early Ordovician. Fairly rapid contraction of this oceanic tract occurred in a transpressive regime involving two, discrete, tectonothermal and obduction/accretion events in the time interval Late Cambrian to Early Arenig.