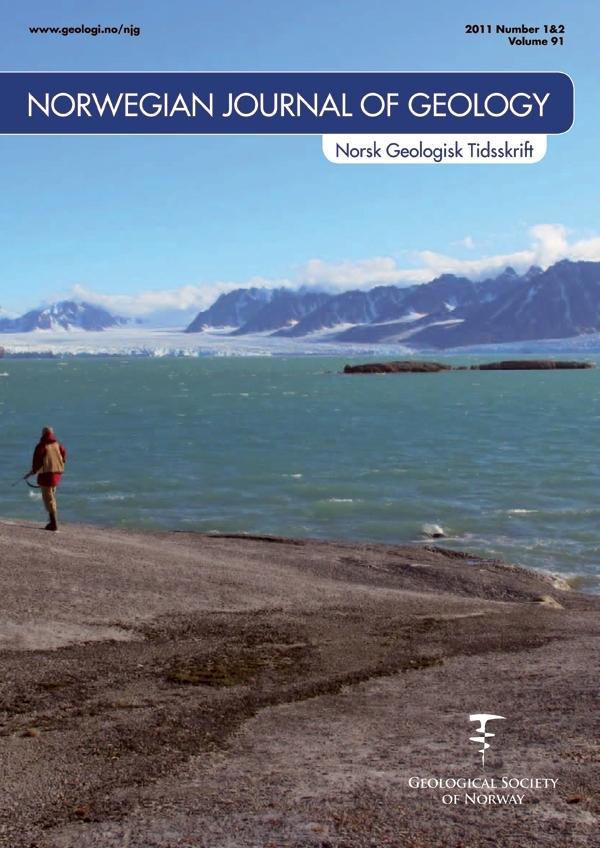 2011
New data on the Bruflat Formation and the Llandovery/Wenlock transition in the Oslo region, Norway.
91

The Bruflat Formation of the Oslo Region is a siliciclastic unit of Early Silurian (Telychian) age consisting of fine, turbiditic sand- and siltstones alternating with shales. Five different benthic assemblages are recognized in the formation, revealing a wide depth range from outer shelf BA 5 to nearshore BA 1. Analyses of benthic assemblages from the Bruflat and under- and overlying formations have been combined with new biostratigraphical data to produce a series of palaeobathymetric maps. These show an advancing foreland basin that apparently followed the shape of the present Caledonian front. Parts of the Bruflat Formation and possibly also the Ekeberg Greywacke Formation of Jämtland in Sweden were deposited in the outer to the middle sections of several small sandy submarine fans on the slopes of the foreland basin. Before the first effects of the Scandian phase of the Caledonian orogeny recorded in the strata of the Oslo Region came to a temporary halt, progradation and a eustatic drop in sea-level brought siliciclastic deposition from deep water up to the shoreface, where sediments were reworked. Further eustatic shallowing led to the development of a hiatus between the Bruflat Formation and the overlying Braksøya Formation while a carbonate shoal developed to the southeast