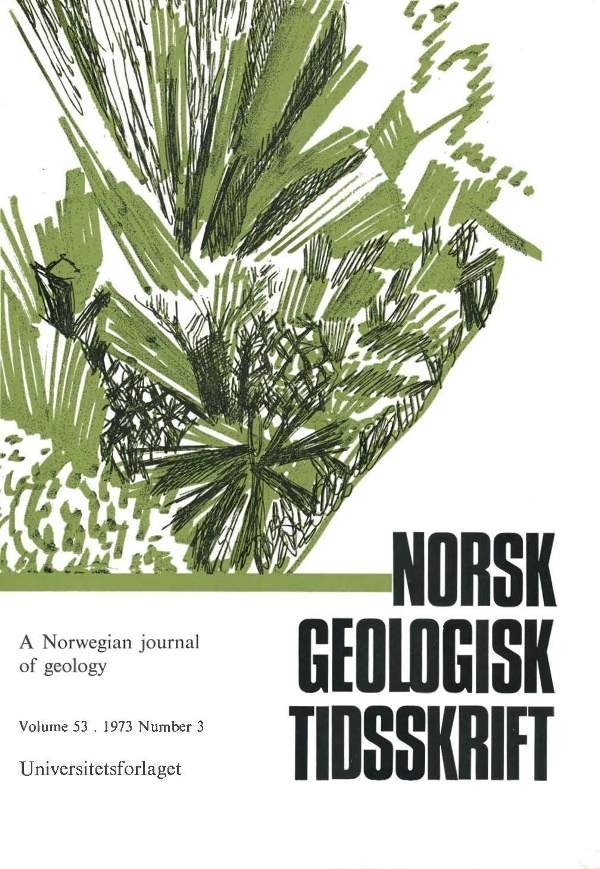 1973
A magnetic investigation of the larvikite complex SW of the lake Gjerdingen, Nordmarka
53

The larvikite complex southwest of the lake Gjerdingen has been studied on the basis of its magnetic properties. The mean declination and inclination of the remanent magnetization are 199° and -45°, respectively. A negative magnetic anomaly associated with the larvikite is due to a dominant remanent magnetization within the medium grained larvikite which contains a relatively high concentration of magnetite. The influence of topography on magnetic measurements is discussed. The magnetic model gives a near vertical extension of surface features to a depth of approximately 1 km where the magnetization contrast vanishes. This implies that the larvikite is either an isolated plug floating in the nordmarkite or the complex widens below this depth.