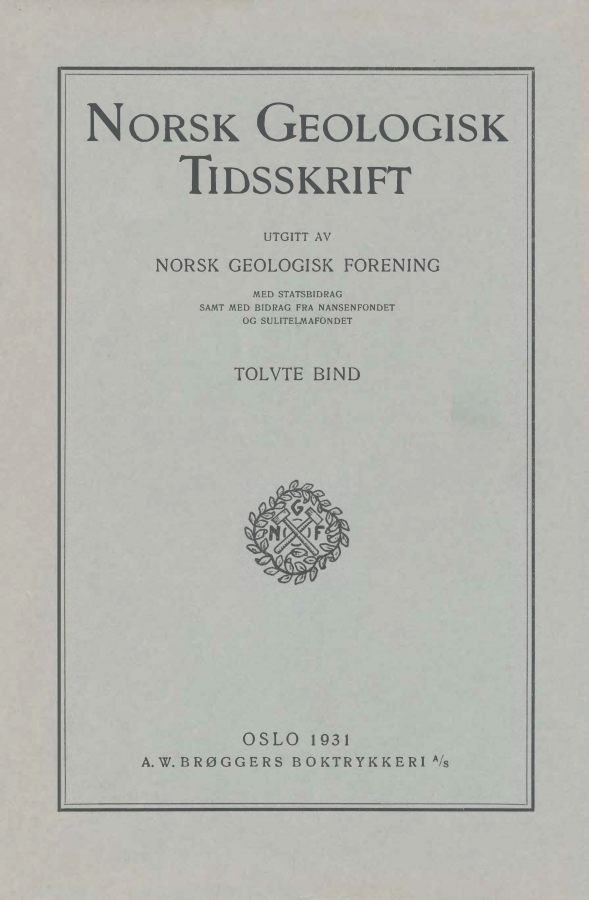 During the expedition to East-Greenland in 1930, sent out by Norges Svalbard- og Ishavs-undersøkelser, I brought home amongst other fossil collections about 65 pieces of fossilized wood from a locality near Myggbukta in East-Greenland. Ove Arboe Höeg, conservator at the Kongelige Norske Videnskabers Selskab, Trondheim, has been kind enough to examine this material and has in the paper: "The Fossil Wood from the Tertiary at· Myggbukta, East-Greenland" (published in this volume, pp. 363-390), given a detailed description of it. In connection with his paper, I shall in the following give a short description of the finding point of the wood. The fossil-bearing layer was discovered in the following way: Finn Devold, the leader of a hunting expedition, showed me some pieces of fossil wood, which he had found in the second river valley east of the wireless station at Myggbukta. The pieces brought down to the station by him were all rounded, and their appearance clearly indicated that they had been subject to water action either in a river bed or on a beach. He could not say from where they originated. It was most likely that the fossils were to be found in Tertiary sediments somewhere in the neighbourhood. The previous year, however, I had seen no such sediments in this tract, which only seemed to be made up of Tertiary basalts and other volcanic rocks.