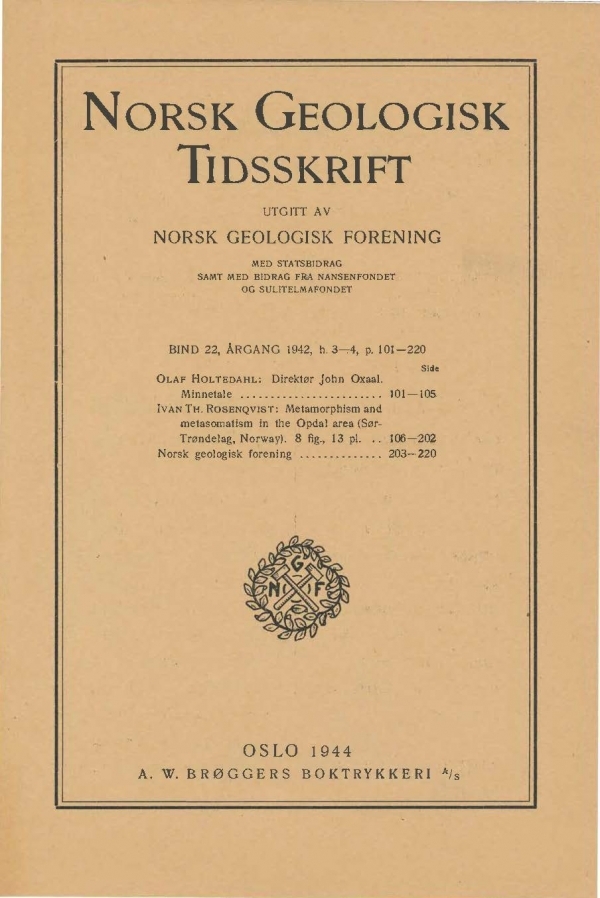 A part of the Opdal area in Sør-Trøndelag, is the subject of the present investigations. The paper deals with the geology and petrography of the area. The area is made up of Archean, eo-Cambrian, Cambro-Silurian and Caledonian rocks in a highly metamorphic state. As the rocks often contain zoisite in equilibrium with acid plagioclase, a new mineral facies group is suggested. The facies group is called the saussurite facies. It has much in common with the fioitite facies.
It is shown that a significant potash metasomatism has occurred in the area. And it is made reasonable that the augen-gneisses and the rapakivi-like rocks must be interpreted as metasomatic rocks, the original rock material being of basic nature. The mechanism of the metasomatic formation of porphyroblasts, the porphyroblastesis, is discussed. It would seem that the chief metasomatism, and also the porphyroblastesis, have taken place in late Caledonian time, after the conclusion of most of the orogene movements.