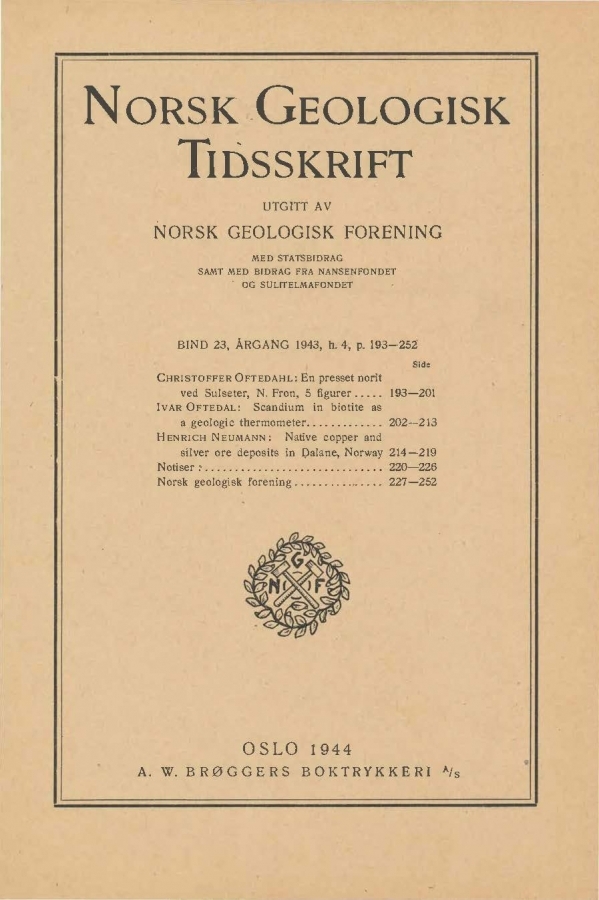 Geologic description of the area. The area consists of folded and metamorphosed rocks of pre-Cambrian age, greenstones, quartz porphyries, quartzites, and conglomerates.
The greenstones and the quartz porphyries were in turn erupted as respectively basic and acid Javas. In the intervals between the eruptions of the various Javas sandstones and conglomerates were deposited. To some extent, e. g. at Årdalen, the sandstones have been broken up and intruded by the basic rocks, see map fig. 2, but the predominating part of the erupting magma has flowed and covered the older rocks as lavas.
The rocks have been deposited in a shallow sea of great dimensions. This may be gathered from the fact that in the greenstones are constantly found thin strata of quartzite or sla te; these strata sometimes have a very limited extension. Further the conditions of deposition must account for the frequent occurrence of conglomerates, as well as for the fact that pebbles occur dispersed within the quartzites. - Finally ripple marks are very common, and current bedding is known from several localities.