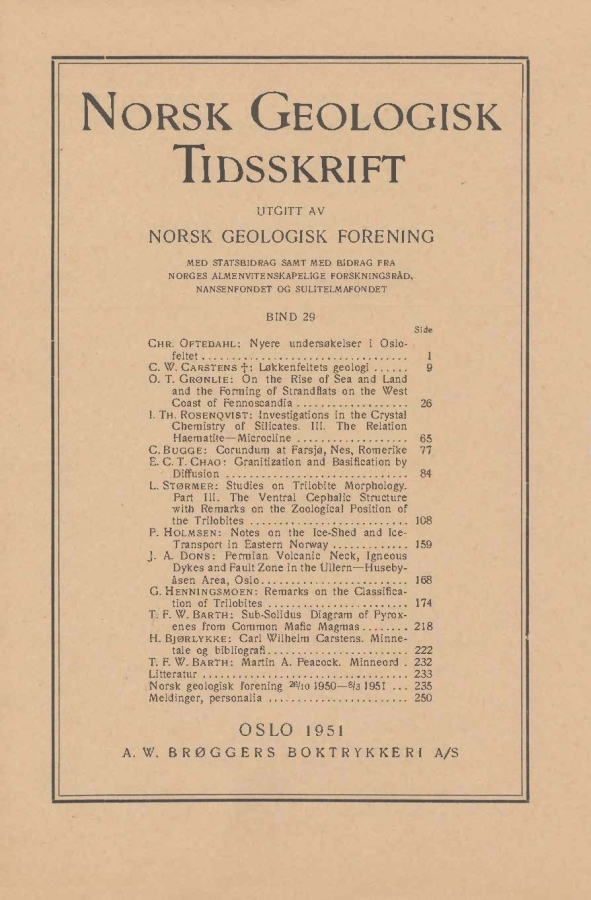 1951
Studies on trilobite morphology Part III. The ventral cephalic structures with remarks on the zoological position of the trilobites
29

The third and last part of the studies on trilobite morphology deals chiefly with certain grinding series through the cephalic region of specimens of Ceraurus pleurexanthemus Green, collected by the late Dr. Ch. D. Walcott from the Middle Ordovioian Trenton Limestone in U. S. A. Information is obtained on the ventral cephalic structures, the appendages in particular. The appendages, with the exception of the antenna, are found to be constructed on the same pattern as those in thorax and pygidium and the cephalic coxæ are not developed as true jaws such as generally assumed by the paleontologists. Criticism in connection with my previous descriptions and interpretation of the triIobitan appendage is met with. With regard to the zoological position of the Trilobita, the affinities to the Chelicerata are regarded as very probable. The Trilobita probably had a position not far from the ancestors of the Chelicerata, but whether they also stood near the ancestors of the Crustacea, still remains an open question.