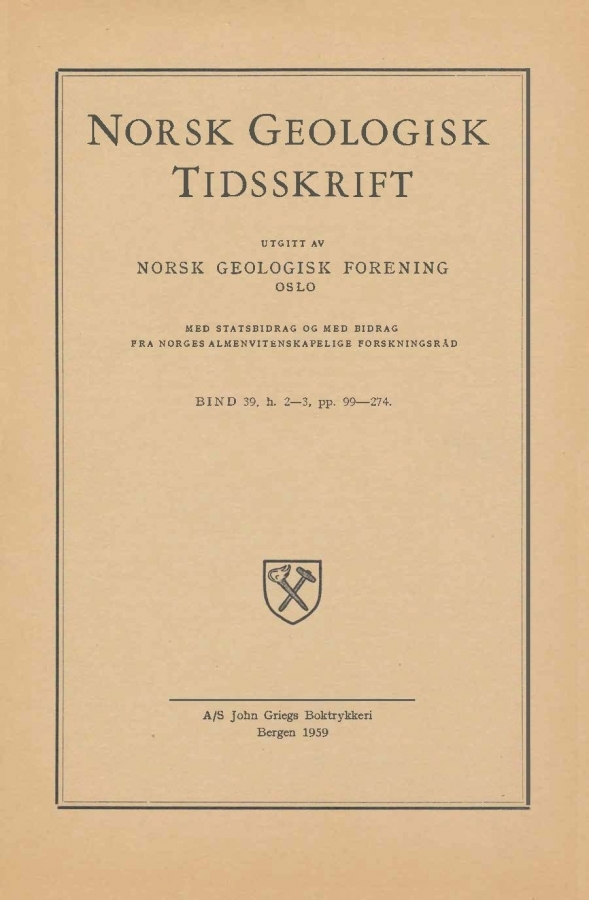 It is argued that ptygmatic veins generally are caused by a component of compressive strain parallel to the vein. Pinch-and-swell and boudinage structures develop when the veins are so oriented that a component of extensive strain is parallel to the veins. Analysis of strain geometry give relationships between angular attitude of veins (relative to the principal strain axes in rocks) and magnitude of stretching (pinch-and-swell), or magnitude of shortening (ptygmatic folds).
When rocks are strained plastically there always are some directions along which compressive longitudinal strain occurs and others along which extensive longitudinal strain occurs. Ptygmatic folding and pinching-and-swelling or boudinage are consequently complimentary phenomena which can develop simultaneously in response to the same stress system in the host rock.
Experiments with putty as host and plasticene sheets as veins give results identical to natural ptygmatic and, pinch-and-swell structures. The longitudinal compressive force which is responsible for buckling of veins is caused by drag or skin friction along veins due to plastic compressive flow in less competent host rocks. An equation for this compressive force as a function of dimensions of vein and principal stresses in the host rock is developed. The bu ekling of an enclosed ve in is resisted by two distinct forces: 1) the strength (viscosity) of the vein itself, and 2) the strength (viscosity) of the enclosing rock. Resistance 1) is at a minimum when the entire vein makes one half-wave; resistance 2) is least when the vein makes an infinite num ber of infinitely small waves. The actually developed wave length (or rather length of are) represents a compromise between these two tendencies. Equations for the two resistance forces and the most "stable" initial wave length are presented. This initial wave length, λi, of ptygmatic veins is the same as the length of are of more mature folds. λi is the wave length which requires minimum compressive force to develop.
It is implied that a study of geometry and dimensions of ptygmatic and pinch-and-swell veins in the field gives valuable information not only as to the geometric type of strain which has effected the considered rock complex, but also as to relative strength and creep viscosity of rocks.