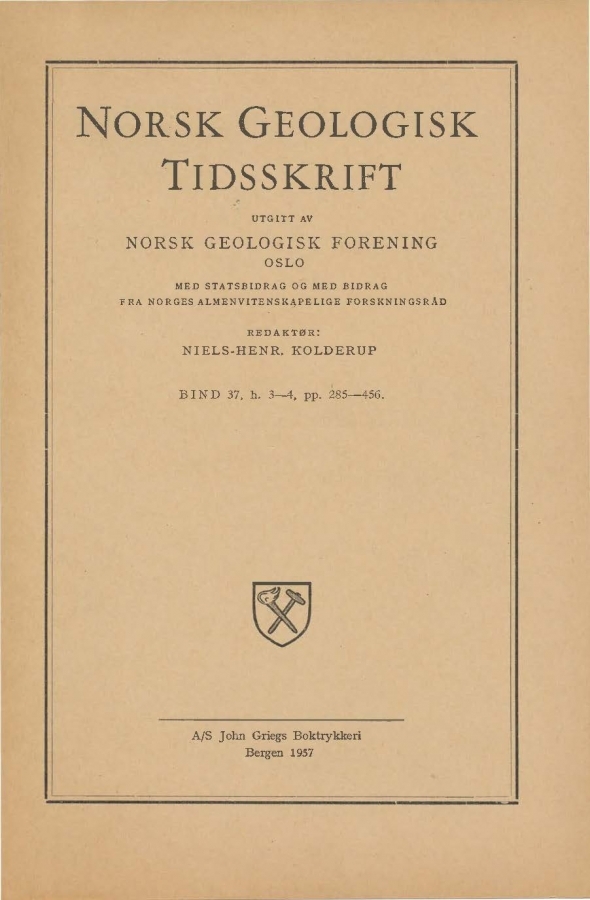 1957
The silurian/ordovician border in the Oslo district.
37

It is suggested that the Ordovician/Silurian boundary should be placed at the base of the beds with Climacograptus scalaris normalis and that Southern Wales should be regarded as the type area. An angular unconformity is described from the Oslo District, just elow the Ordovician/Silurian border. The stratigraphy of the uppermost Ordovician and the basal Silurian is described and it is concluded that the orogeny started in 5a, reached a maximum in 5b, and faded out in 6 (Upper Llandovery).