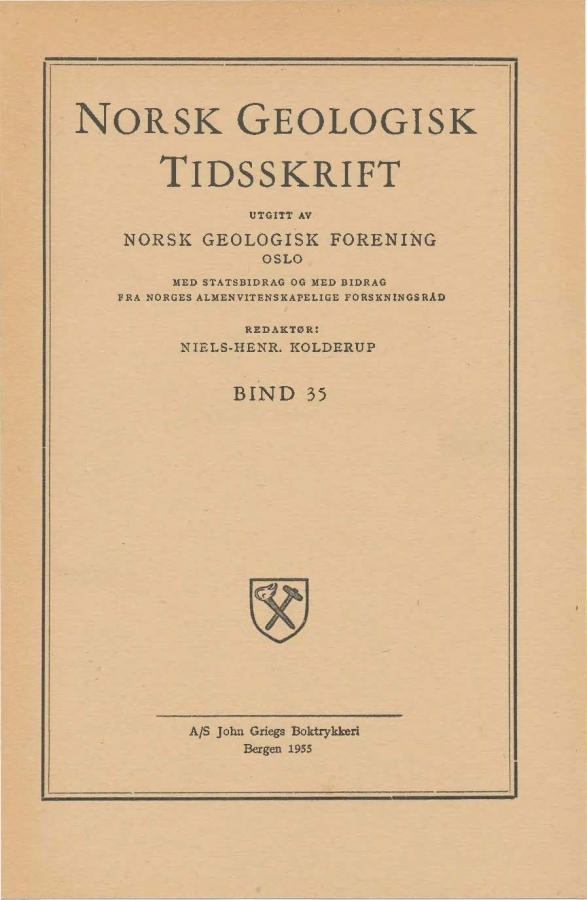 The general geology and the tvpe of mineralization are shortly discussed, and the different ore minerals occurring are described. The minerals show a zoning opposite to what is generally considered the rule. Special attention is directed to the tungsten minerals (wolframite and scheelite) and it is shown how wolframite is altered into scheelite. This process is ascribed to a Ca metasomatism, probably brought about by late hydrothermal solutions reacting with the already formed wolframites. Experimental work has proved this reaction to go rather quickly. In the field this process is connected in time with other processes traceable in the history of the rocks. The formation of the ore is very briefly discussed.