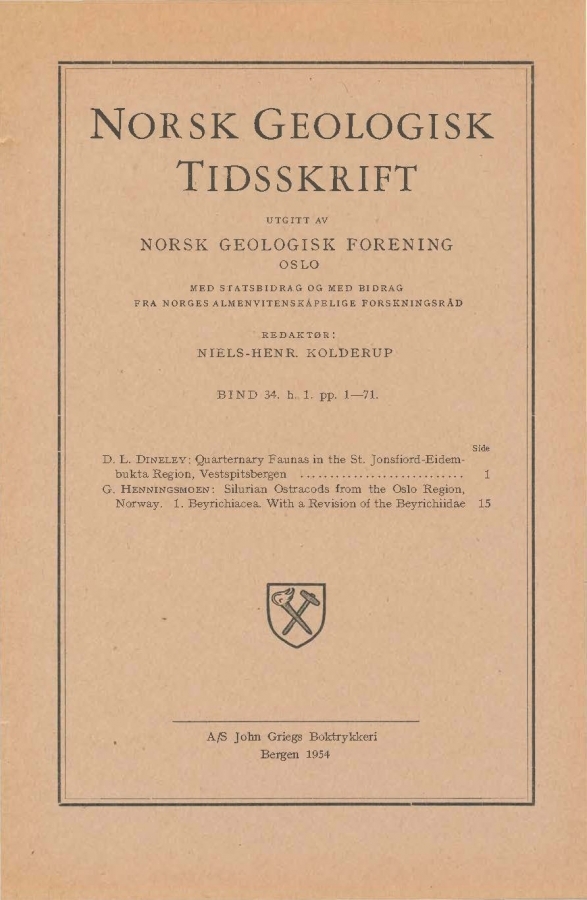 The paper lists occurrences of Quarternary faunas in raised beach deposits from the St. Jonsfjord-Eidembukta region of Vestspitsbergen. The faunas from the deposits in the fjord are, in some respects, different from those of the west coast. The vertical distribution of species shows some approximation to that recorded by Feyling-Hanssen and Jørstad (1950) in the Sassen area. Mytilus edulis in abundance is recorded from the lower levels of the west coast.