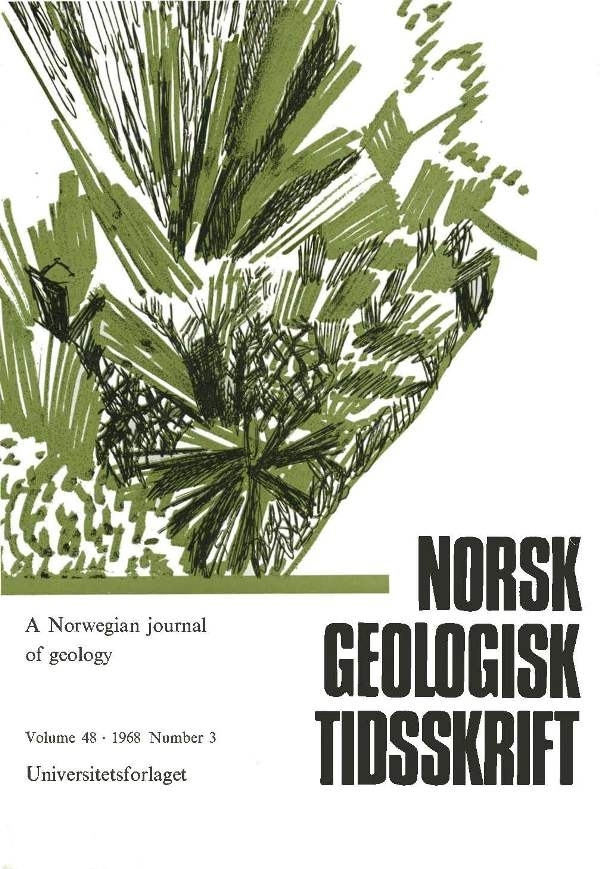 1968
The permanent magnetism of some basic intrusions in the Kragerø archipelago, S. Norway, and its geological implications
48

A palaeomagnetic survey of so me dolerite dikes in the is lands off Kragerö, S. Norway, has been performed with the intention of dating. The stable remanence shows two groups of directions which are different at the 95% prohability level. In the main group both normal and reversed directions occur, defining an axis of magnetization (striking slightly east of true north) which is not significantly different from the present dipole axis. A Tertiary age for this group is suggested. The seeond group consists of three site directions, all of which have reversed magnetization and exhibit a more moderate inclination. Two of these sites represent a dike which has a much larger thickness and extent than the other dikes, which are all very small. The close agreement of si te directions in this group with those estimated from the Oslo igneous complex suggest a late Carboniferous or Permian age, at least for the major dike. Some palaeomagnetic correlations between sites are attempted.