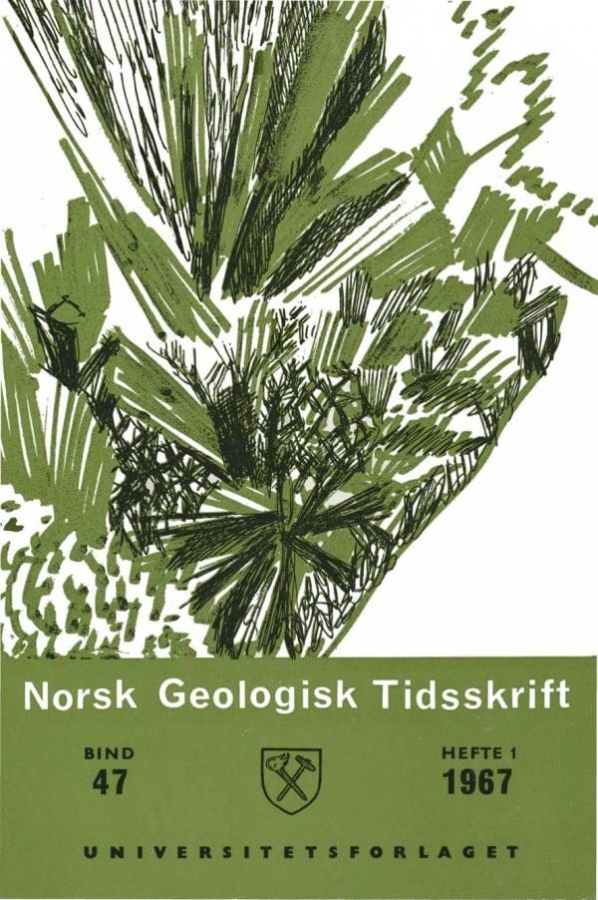 The Precambrian Holum granite, an elongate pluton· 90 km2 in area in southern Norway, was studied in order to arrive at an integrated geological and geophysical interpretation. The modal composition of the granite is approximately: perthite (Or80) 40%; plagioclase (An27) 26%; quartz 24%; biotite 5%; accessory minerals 3%; hornblende 2%. The composition of surrounding augen gneisses is similar. The rocks of the pluton pass into the regional amphibolite-facies migmatites and felsic banded gneisses through a gradational contact zone marked by augen gneiss. Chemical studies of the granite of the pluton and the constituent feldspars do not indicate any obvious relation to the minimum melting composition in the granite system. The chemical variations are best explained as the result of long-lasting metamorphic processes at great depths and at sub-solidus temperatures. A Bouguer gravity anomaly map shows that the usual negative anomaly found over granitic plutons is missing over the Holum granite. This lack of negative gravity anomaly is partly explained by a very low density contrast between rocks of the gneisses and those of the pluton. A relatively dense mass is present either within or immediately beneath the pluton. The eastern contact of the pluton dips gently westward; the western contact is vertical. The ubiquitous foliation in the granite generally parallels the foliation in the adjacent country rocks, as do the attitudes of inclusions within the granite. The pluton appears to occupy the core of a synform whose structural elements parallel those of the country rocks. The lack of a negative gravity anomaly is further explained by the probable small vertical extent of the pluton. Partly disordered K-feldspar perthites from the granite texturally resemble K-feldspars from the bordering augen gneisses. Since augen gneisses have the same compositional range as the granite and regional structures are preserved, the granite has probably recrystallized from augen gneiss in the core of a fold. Lenticular granitic plutons in fold cores seem to be typical of the deep level of the crust exposed in the southern Norwegian Precambrian. Although the general character of crust is more granitic than at higher crustal levels in the Precambrian and could represent a low-velocity seismic zone, the rocks are highly heterogeneous. Mobilization of rocks in and around the Holum granite could provide a ready source of granitic material that intmdes to higher levels.