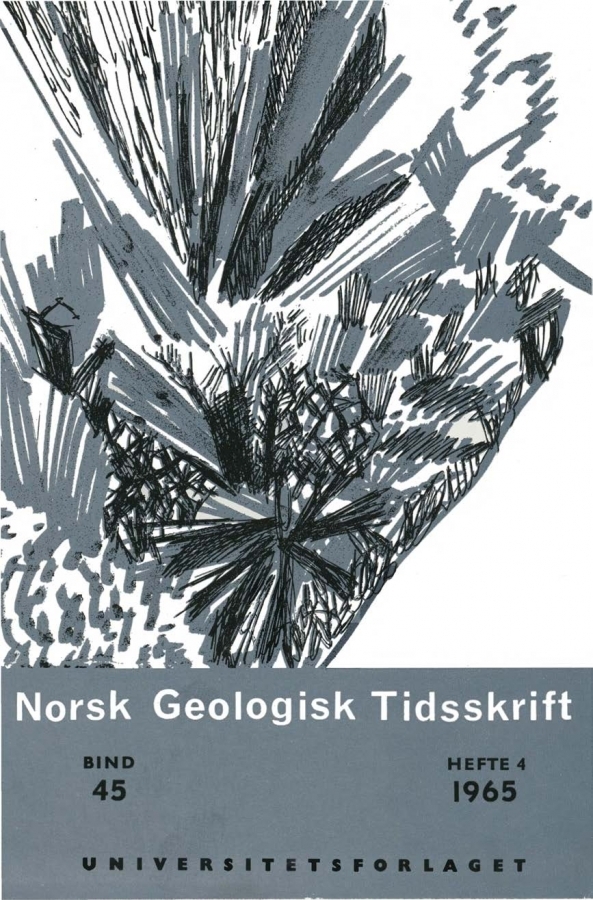 1965
Contributions to the mineralogy of Norway. No. 32. Axinite in the Norwegian Caledonides.
45

Axinite appears to be a rather common mineral in the Norwegian Caledonides, and it forms a major or minor constituent in veins enclosed in metavolcanics (mainly greenstones), greywackes?, metagabbros, and amphibolites of doubtful origin. Associated minerals include quartz, calcite, albite, epidote, actinolite, chlorite, tourmaline, prehnite, apophyllite, muscovite, biotite, pyrite, pyrrhotite, chalcopyrite, and zincblende. Same veins simply represent filled open fissures, whereas others are of nondilational nature and made room for themselves by replacement. Axinitization of country rock sometimes occurred concurrently with the vein formation. The Caledonian axinites are characterized by high Fe + Mg/Mn ratios. The formation of the veins is considered to be an important part of the general process of host rock alteration, the veins consisting of mobilized alteration products. Axinite is closely related to epidote in its made of occurrence.