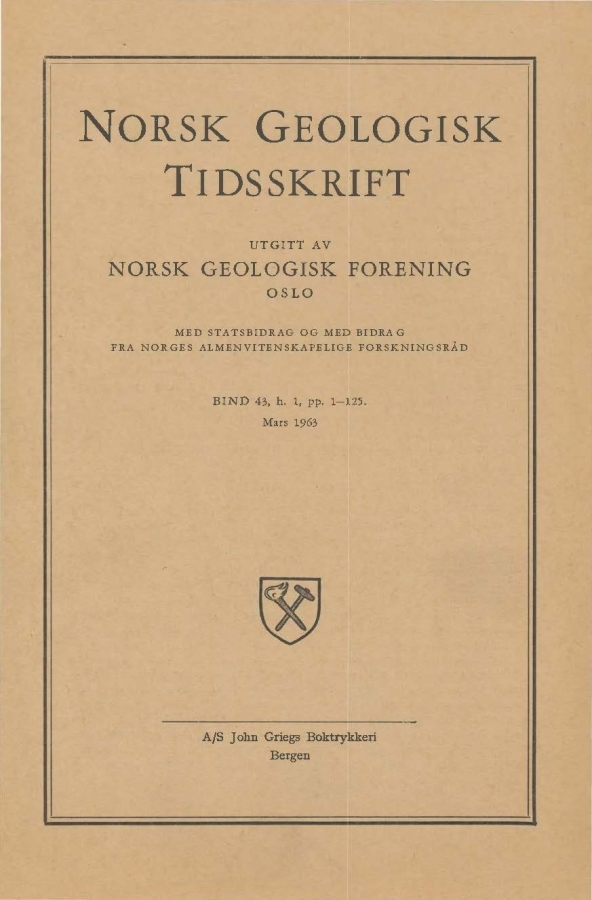 The Navervatn-Storglomvatn area lies at the junction of three metasedimentary groups. The middle of these three, the Sokumfjell Marble Group, forms a southward closing fold between the other two, the Melöy and Vegdal Groups. The Melöy Group, a varied series of metasediments, encloses large areas of layered and foliated granitic gneiss, the so-called granites of this region of Nordland. The gneiss margins and foliation are parallel to the bedding of the adjacent metasediments. Close to the gneisses the metasediments are dominantly psammites, which are thinly layered in the Glomfjord region and around Melfjord, and are particularly well developed at Storglomvatn. Beyond the psammites the sediments are pelitic and calcareous with several marbles. The granitic gneisses and Melöy Group are folded together and similar earlier structures exist in both gneisses and metasediments.

Both the Marble Group and the Meloy Gröup, and the gneisses enclosed by the latter are overlain by the third metasedimentary formation, the Vegdal Group. Rocks characteristic of this group - phyllites with subordinate marbles - occupy a very wide belt extending to the east side of Dunderlandsdalen. The Vegdal Group lies successively, from north to south, on the Sokumfjell Marble Group and then Melöy Group and the junction may be clearly traced for at least 100 kms north and south of Storglomvatn. The junction thus sepaarates two major stratigraphic-structural units, comprising (1) the granitic gneisses, MeIeöy Group and Sokumfjell Marble Group to the west, and (2) the Vegdal Group to the east. All three Groups and the Gneisses represent part of the Rödingsfjäll Nappe of Swedish geologists. The western rocks may represent autochthonous formations near the base of the Caledonian geosyncline and the Vegdal Group and its extensions to the east may form an upper structural unit of different age or derivation or both.

The folds of the Melöy and Sokumfjell Marble Groups are usually characterized by extreme disharmony. This disharmony together with the uncertainty of the relation of the development of the schistosity and folds makes correlation between different groups difficult. Generally, however, two or three phases of folding can be recognised. Regional metamorphism probably reached its climax after the earliest folding but before other episodes. Its peak is in the upper parts of the amphibolite facies.