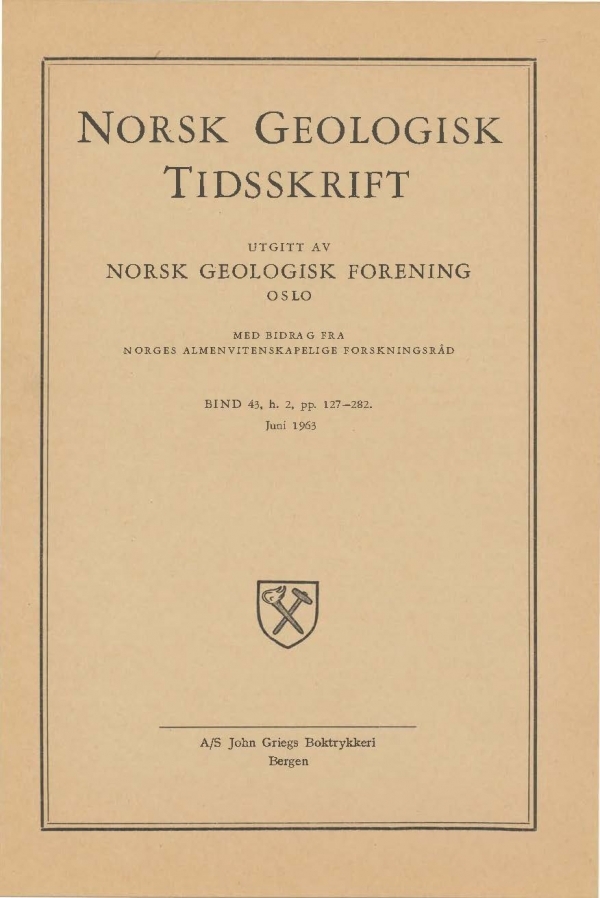 1963
The Middle Ordovician of the Oslo Region, Norway. 15. Monoplacophora and gastropoda.
43

The Middle Ordovician gastropods described by Koken in 1889, 1897 and 1925 are redescribed and reillustrated. Approximately six hundred fifty specimens, including the types, are available from units 4a and 4b. Most specimens are not specifically identifiable; within same superfamilies, many specimens are generically indeterminate. Because well preserved specimens are rare, an open nomenclature has been employed for most new taxa.

The fauna of 4b is slightly more diversified than that of 4a, but both faunas are limited to few species. The preponderant number of specimens come from limestone masses within dark shale. This is considered to be an allocthonous occurrence. Few specimens come from shallow water deposits peripheral to and overlying the dark shales. The faunas of these two facies is different, but the second is so poorly known that no dose comparisons can be made. Several of the forms in the shallow water assemblage are known from single specimens. Less than a dozen specimens of monoplacophorans are known. Pollicina conoidea is transferred to Hypseloconus ?. Palaeoscurria ( ?) norvegica is transferred to Archinacella. One new species, Archinacella stoermeri, is described. Lepetopsis inopinata may be an inarticulate brachiopod.

In summary of the gastropod taxonomy, twenty-six genera are recognized in the Middle Ordovician of Norway, but only twenty-two genera can be named; three are indeterminate and the fourth is based on a nomen dubium. Three new species are described and named. These are Omospira? holtedahli, Mourlonia mjoesa and Holopea henningsmoeni. Four new species are described but not named and ten species, including two from undetermined genera, are described or discussed informally. One species is only tentatively identified and is not described and another is well known and again not described. Five species are in their originally described generic taxon. Twelve species are transferred to other generic taxa. Five specific names based on Norwegian type specimens have been placed in synonymy.