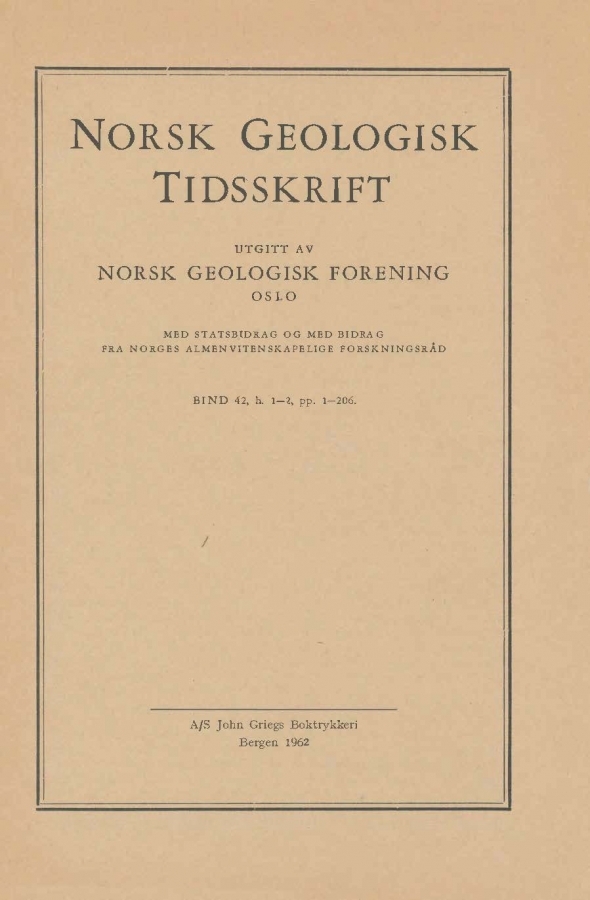 1962
Petrology of the Venås granite and the surrounding rocks, East Telemark, Norway.
42

Metamorphic rocks of all three groups of the Precambrian Telemark suite occur in the Southern Tinnsjø area, East Telemark, Norway. These rocks have been complexly deformed but there is a tendency for southeast-plunging folds and lineations to predominate. Deformation apparently was accompanied by metamorphism of the rocks to grades ranging from the uppermost part of the greenschist facies to about mid-amphibolite facies of regional metamorphism.

A massive granite body was emplaced by late-or post-kinematic intrusion into the core region of a large southeast-plunging anticline. The presence of disoriented inclusions near the contact suggests that the granite was fluid and mobile during its emplacement. That the intrusion was forceful is indicated by the fact that enormous blocks of quartzite were pushed aside and by the divergence in the attitudes of foliation of the rocks flanking the granite. A systematic application of the two - feldspar geothermometer to a small dome, which forms part of the granite, yielded mi n i m u m temperature values ranging from 300° C at the center of the dome to 495° C at the borders. lsotherms were constructed and were found to be arranged more or less concentrically, parallel to the border of the dome. The dome is considered to be a separate diapir within the granite and the inference is made that the Venås granite was emplaced by upward movement of separate diapirs at successive intervals.

The granite has the chemical and mineralogical composition and texture of a "true" granite, except in the border regions where it has been contaminated by reaction with amphibolite and quartzite. Normative Or-Ab-Q distribution in the granite suggests that it originated either by selective fusion of lowmelting components of other rocks or by reconstitution of rocks with a bulk chemical composition similar to that of the granite.