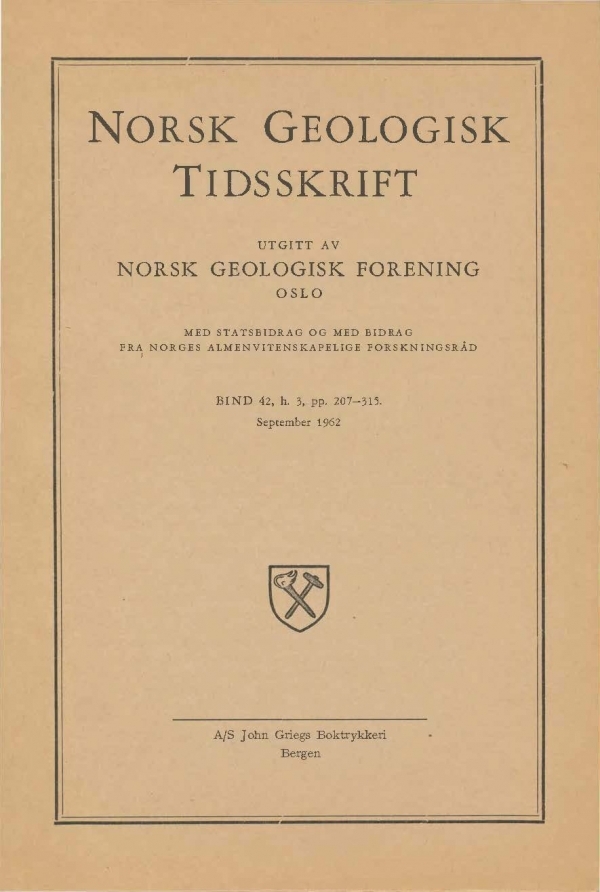 1962
A new lower Ordovician graptolite fauna from the Trondheim Region.
42

A graptolitic shale has been found within the Hovin succession near Løkken in the Trondheim Region, and several new fossil localities have been discovered. This shale is called the Bogo Shale. The graptolite fauna, which is described, includes a new subspecies, Dichograptus octobrachiatus minimus n. subsp., and some forms not previously recorded in Norway. From its fauna, the shale is considered to be of Lower Ordovician age, equivalent to the 3bγ zone of the Oslo Region.