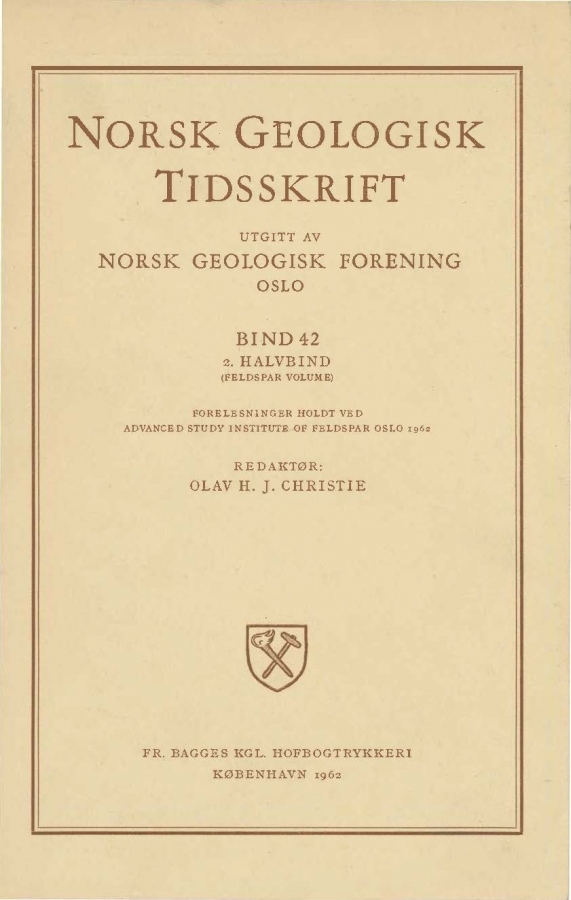 Struetural states, based on Δ = 12.5[d131-d131], are reported for approximately 200 K-feldspar specimens from rocks of several different known origins. Represented are volcanics, phenocrysts of diverse crystal habits and sizes, two instrusive sequences, pegmatitic generations and zones, pegmatites of diverse ages and localities, pegmatites of the same region but within country rocks of diverse metamorphic grades, authigenesis, different parts of a large porphyroblast, porphyroblasts from parts of a single metamorphic unit, rocks of a metascdimentary terrane which exhibit different grades of metamorphism, and miscellaneous, less commonly recognized kinds of rocks.

Several tentative conclusions are listed. In general, no Δ-value has been found to be restrieted to K-feldspars within rocks of but one origin. If, however, obliquity fixation occurs under essentially equilibrium conditions and depends chiefly on temperature, Δ-values constitute additional, though quite provisional, evidence to aid petrogenctic interpretations.