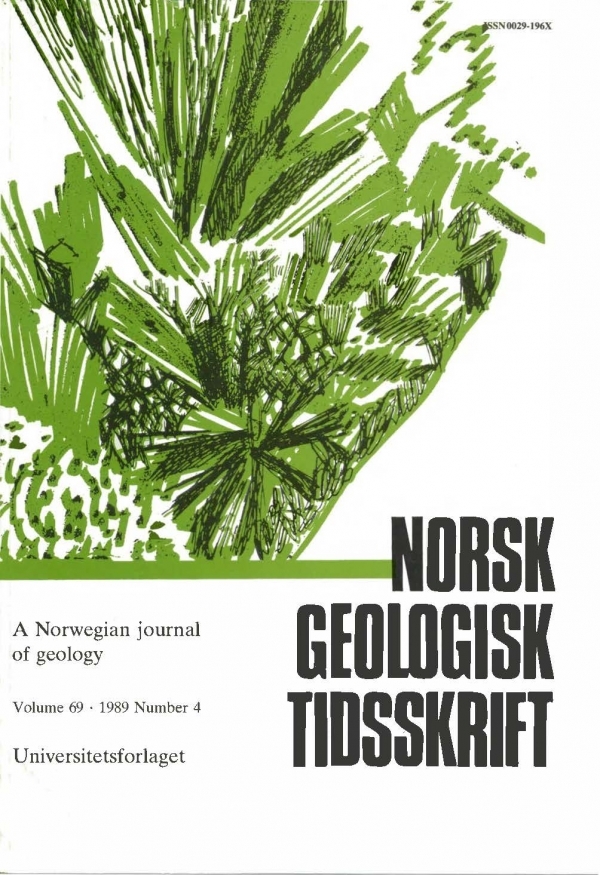 The Gåsøy Intrusion of gabbronorite and diorite is situated in the westermost Norwegian Caledonides. A Sm-Nd mineral isochron on a diorite has given an age of 380 ± 26 Ma. In the easternmost part of the pluton a gradual change can be demonstrated in the mineral and whole-rock geochemistry from a massive and layered gabbronorite to a highly-differentiated diorite as well as granitic rocks at its margin. Geochemically the in rusion is subalkaline and its trace-element pattern is typical of a subduction-related environment. Mass-balance calculations based on observed minera data suggest that the diorites were derived by fractional crystallization from a basaltic parent. Initially, plagioclase and orthopyroxene with lesser amounts of olivine and clinopyroxene were fractionated. In the production of the quartz-bearing diorites, fractionation of plagioclase and clinopyroxene with less olivine and minor ilmenite was operative. Evidence of crustal contamination and magma mixing is given by Sr-isotopes and zoned plagioclase.