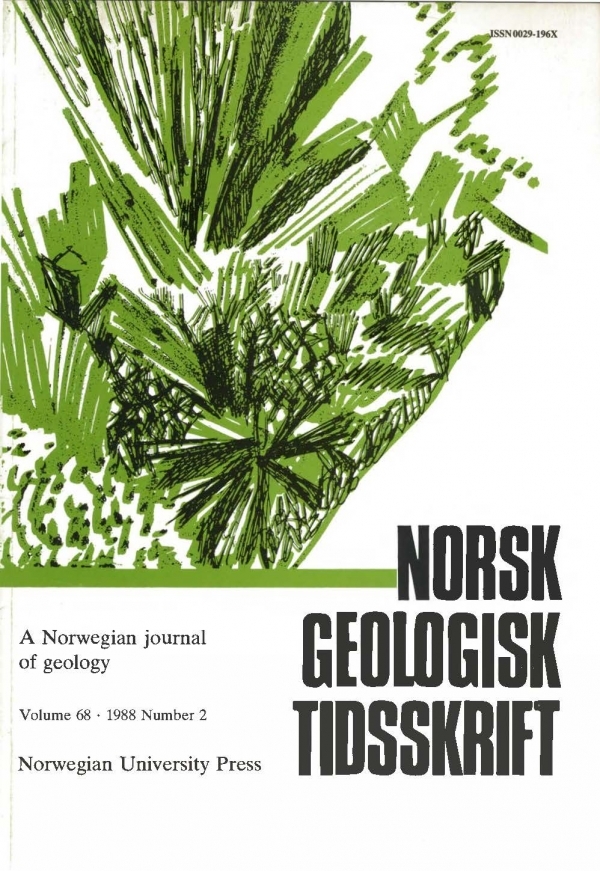 1988
Glaciotectonic structure and genesis of the Herdla Moraines, western Norway
68

At its type locality, glaciomarine sediment of the Herdla Moraines was deformed and consolidated by
overriding ice. Two phases of moraine development took place in conjunction with ice movement coming
first from the east-northeast and later from the southeast. The early phase is related to development of
a local ice dome on Stølsheimen during the middle Younger Dryas (about 10,500 BP), when the ice sheet
reached its late glacial maximum thickness in the region. The ice sheet then thinned rapidly, due to
climatic amelioration and increased calving, and shifted to southeasterly movement at Herdla. Most
glaciotectonic disturbance and consolidation of sediment at Herdla happened during this late phase,
perhaps as a result of a glacier surge along Herdlafjord. The glaciotectonic structures at Herdla are local
in character and cannot be used for regional correlation of glacial advances in western Norway.