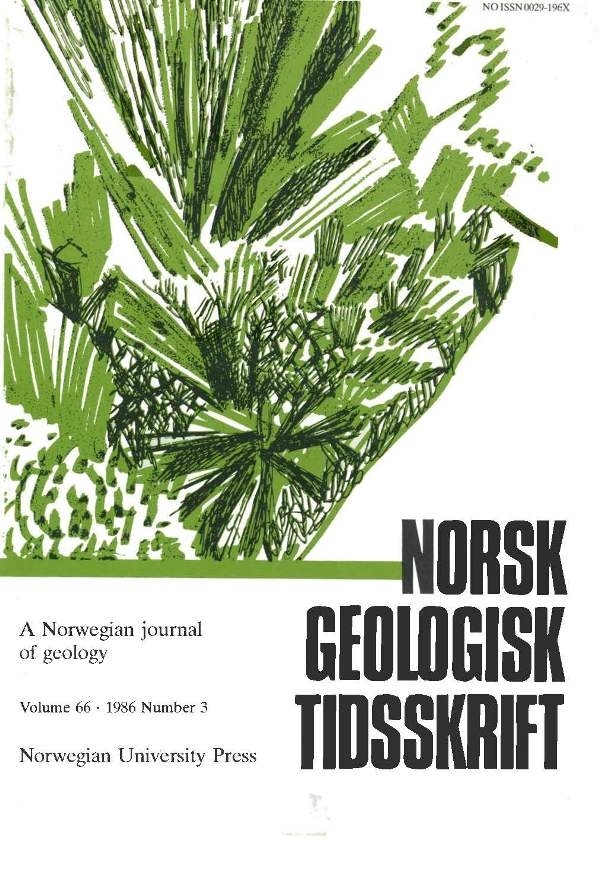 Apatite and zircon fission-track ages and biotite Rb-Sr and K-Ar ages in the Eidfjord crustal segment (the Eidfjord Granite and overthrust granitic gneisses) indicate a rapid cooling, from 400°C to 200ºC, between 390 and 306 Ma ago. Then the cooling rate slowed considerably: it took until 166 Ma ago before the crustal level, which is now situated at an altitude of 1620 m, had cooled further to 105°C, while the crustal level which lies now at sea level had cooled to this temperature about 10 Ma ago. Assuming a geothermal gradient of 30°C/km, a mean uplift rate of 0.1 mm/a shortly after the Caledonian orogenesis is calculated for the time-span from about 390 to 306 Ma ago. This rapid uplift is stratigraphically reflected in the deposition of the Old Red Sandstone deposits. For the last 300 Ma or so, until the present, the uplift rate was much slower: of the order of 0.02 mm/a. From the mineral age pattern, it is calculated that since about 390 Ma ago, shortly after the termination of Caledonian oragenesis, over 13, 000 metres of crustal material have been removed by erosion and denudation, of which some 5000 m within the first 80 Ma or so.