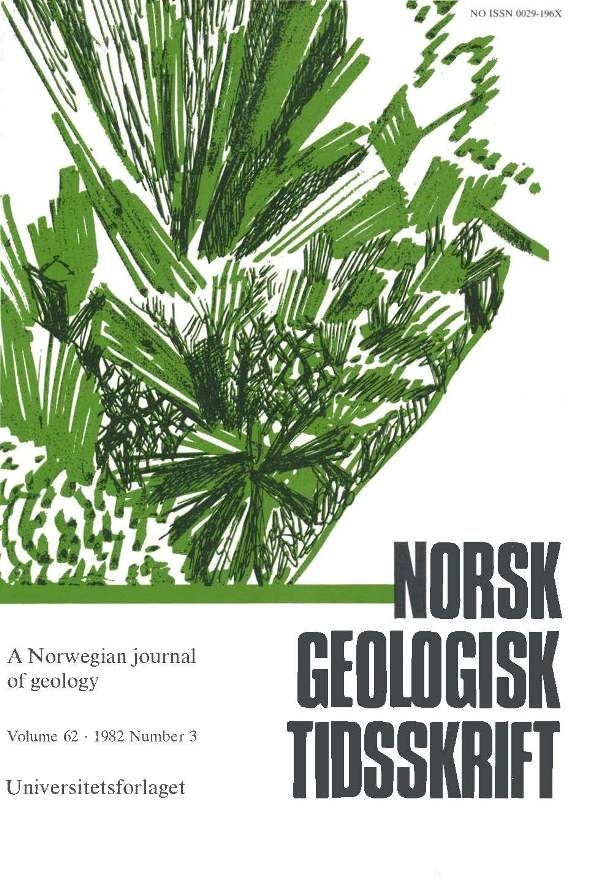 Sandstones containing wave ripple forms, hummocky surfaces, traces of hummocky cross stratification, graded sandstone-siltstone couplets and sole markings have been discovered in an outcrop of Ordovician
metasediments of the Lower Hovin Group (Flornes area, Nord-Trøndelag). These sedimentary structures are indicative of sand transportation and deposition under the influence of coastal storms. The site of deposition may have been in an offshore zone, perhaps towards maximum storm wave base. This interpretation is in accordance with the overall stratigraphic sequence as the sandstones are situated between discontinuous limestones of presumed shallow water origin and overlying thin-bedded turbidites.