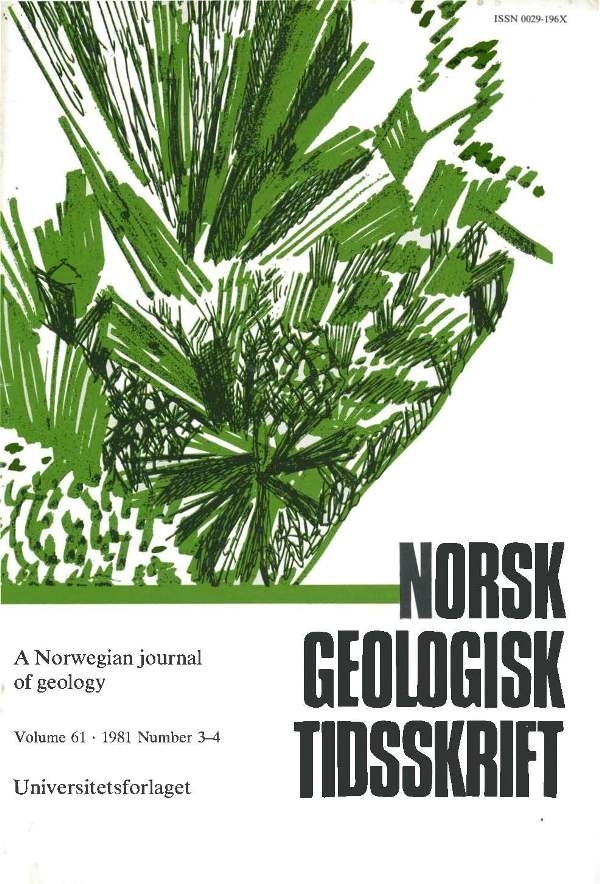 1981
Field relations, metamorphism, and age of the Middagstind Quartz Syenite
61

The Middagstind Quartz Syenite is a massive, unfoliated pluton within the Precambrian basement terrane of east Hinnøy, North Norway (68° 45'N ., 16° 30'E.). It is discordant to structures in wall rocks and is surrounded by a hornfelsic contact aureole reaching to pyroxene hornfels facies. Petrograph;
indicates a complex thermal history for this rock despite its Jack of tectonic fabric. The most important metamorphic reaction recognized is the replacement of inferred primary igneous orthopyroxene by biotite + quartz, which is considered to have occurred prior to the main Caledonian metamorphism.
Rb/Sr whole rock studies yielded an age of 1726 ± 97 Ma with initial 87Sr/86Sr =0.7061 ± 0011. These data and the syenitic composition support a dose relationship between the Middagstind Quartz Syenite and the widespread mangeritic plutons of Lofoten-Vesterålen to the west (Griffin et al. 1978), which
indicates the basement rocks of east Hinnøy belonged to the Lofoten terrane in pre-Caledonian time. Rb/Sr biotite/whole rock cooling ages from the syenite of 361 ± 3 and 347 ± 4 Ma indicate that Caledonian reheating occurred prior to late Devonian time.
The setting of the Middags tind Quartz Syenite in amphibolite facies wall rocks, and its well-developed contact aureole, indicate that it was emplaced at a shallower crustal level than the mangerites exposed to the west in Lofoten-Vesterålen, and at a similar or shallower level than the related mangerites to the south on Hamarøy (Malm & Ormaasen 1978).