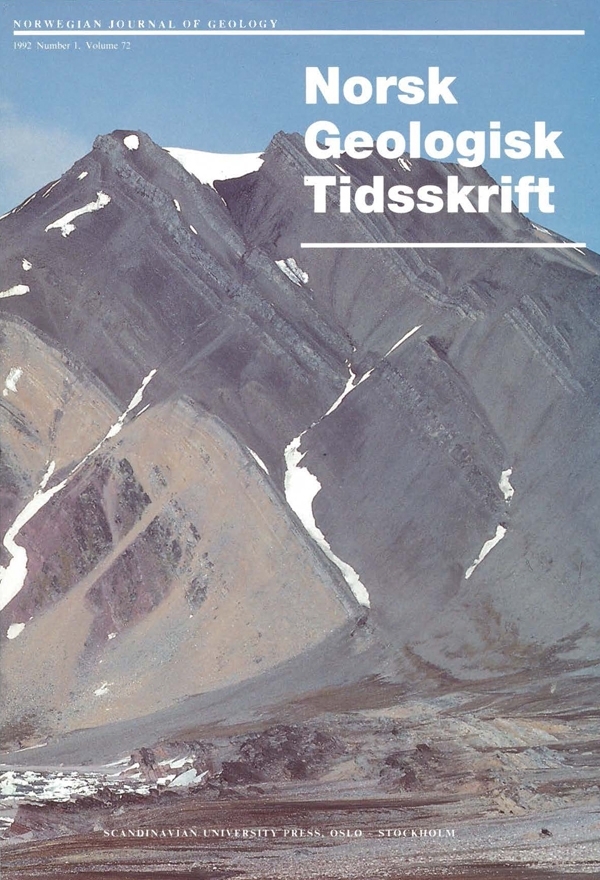 1992
Tectonics of the Palaeogene Forlandsundet Basin, Spitsbergen: a preliminary report
72

Controversy exists concerning the timing and tectonic setting for the development of the Palaeogene Forlandsundet Basin relative to deformation of western Spitsbergen and the opening of the Norwegian-Greenland Sea. New data and observations from this basin lead us to advocate abandonment of the concept of the basin as a fault-bounded graben with a simple extensional history. These new data include: ( l) the Forlandsundet strata are not necessarily in fault contact with the Hecla Hoek basement, and depositional contacts have been recognized; ( 2) vitrinite reflectance data suggest that the western and southern parts of the basin record greater burial and uplift witb palaeotemperatures exceeding 250°C in the southwestern part of the basin; (3) faults affecting the Forlandsundet strata were developed at various stages of sediment consolidation, and a spectrum from synsedimentary fault growth to post-lithification fracturing and folding is observed. Cross-cutting faults and folds indicate compressional and strike-slip tectonics as well as tensional tectonics, and suggest that a protracted, multiphase defonnational history has shaped the structure of the Forlandsundet Basin, and; ( 4) a macroscopic ductile fabric is observed at various localities in the basin fill. Optical and electron microscopic observations together with thennal data suggest that newly grown mica is likely to define this foliation. These preliminary stratigraphic, structural, and thermal data are unreconcilable with the earlier simple graben model. The basin's modern structural geometry, that of a graben, is a response to late tectonism and should not be used to infer the origin and early development of the basin, an origin that was coeval with Palaeogene shortening and strike-slip deformation along Svalbard's western margin.