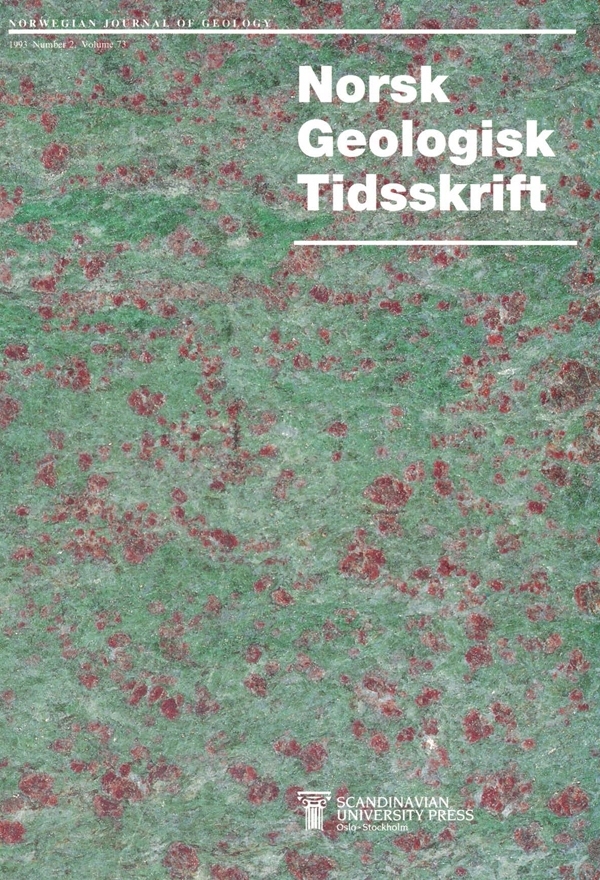 U-Pb zircon dating of granitoids from the northermost part of the Western Gneiss Region (Vestranden) has yielded the oldest ages so far recorded in central and southem Norway. The Geitfjell granite, a coane-grained granite near Grong, central Norway yielded a U-Pb zircon age of 1828-65+88 Ma, whereas a Rb-Sr determination yielded an age of 1170±62 Ma. Its initial 86Sr/87Sr is 0.7094 and ?Nd( 1830 Ma) value is -0.04. Petrographically sirnilar granites occur also in large areas in the northern half of the Vestranden region. The petrography, isotope chernistry, age and chemical composition of the Geitfjell granite closely resembles that of granites of the Revsund type, which intrude marine metasedimentary rocks in the Svecofennian Bothnian Basin in north-central Sweden. A correlation of these granites is thus suggested. The occurrence of this type of granite in the northemmost part of the Western Gneiss Region suggests that this region represents the westerly continuation of the Svecofennian Bothnian Basin rather than a part of the Southwest Scandinavian orogenic province or the Transscandinavian Granite Belt. Precambrian metasedimentary rocks of Bothnian Basin affinity may thus occur in Vestranden.