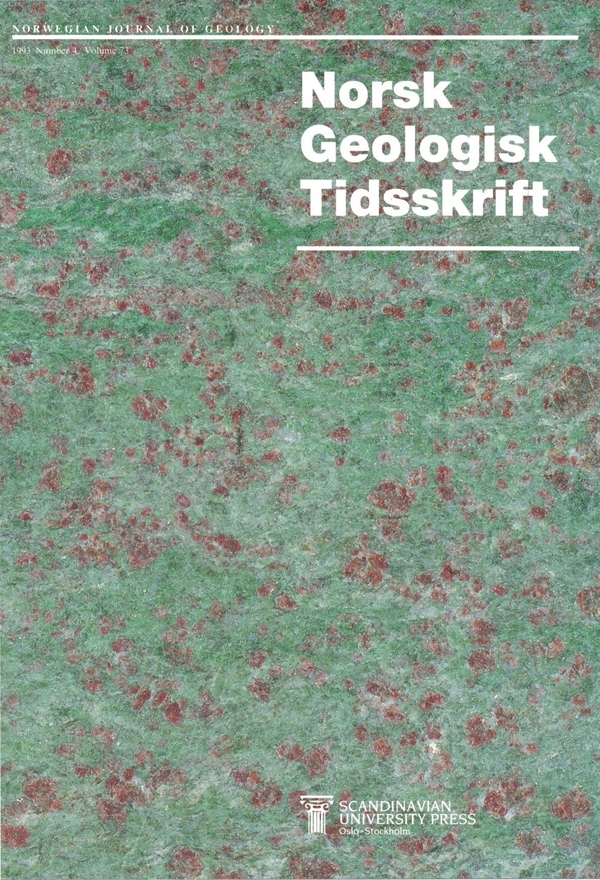 Small bodies of metasomatized nepheline syenite occur as xenoliths in syenitic and granitic intrusions in the Mykle area, ca. 30 km N of the Larvik pluton in the Vestfold Graben of the late Paleozoic Qslo rift of SE Norway. The nepheline syenite has a metaluminous major element composition, and its primary igneous mineralogy is: alkali feldspar + nepheline + clinopyroxene + titanite + magnetite + apatite ± amphibole. The mafic silicate minerals have lower (Na + K)/AI than comparable minerals in other felsic intrusions in the Oslo Rift. Gamet (grossular-andradite), analcime, sodalite, thomsonite and gonnardite occur as interstitial minerals in the )east altered parts of the nepheline syenite. The xenoliths were metasomatized as a result of interaction between nepheline syenite and younger silica-saturated to oversaturated magmas and their associated fluids. Early, pervasive metasomatism led to breakdown of nepheline, replacement of pyroxene by biotite ± garnet and crystallization of quartz. Recrystallization took place at solidus-near temperatures ( 700-725°C), and was controlled by an increase in silica activity and oxygen fugacity. Titanite + magnetite were replaced by rutile + quartz + hematite + calcite at a late stage of the metasomatic history, at oxygen fugacities above the HM buffer, and T < 450°C. The xenoliths indicate the former presence of larger bodies of nepheline syenite in an area where no such rocks were known previously. These intrusions were alm ost completely disgested by later intrusions.