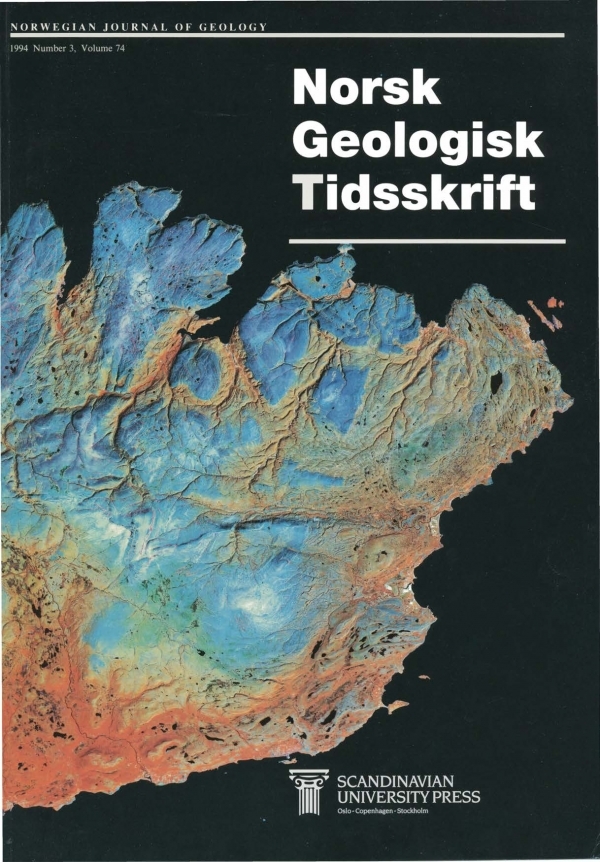 A complex NE-SW-trending zone of deformation affecting Paleozoic sediments can be observed on high resolution seismic data in the Skagerrak. The fault zone corresponds to the northern margin of the Skagerrak Graben, as previously recognized on the basis of regional seismic data. However, rather than being a major fault with downthrow to the south, the apparent displacement on most lines is a downthrow to the north. In addition, in the west the sense of faulting is apparently normal, white to the east where the fault zone bends in an E-W trend it appears to be the reverse, with indications of compression. These observations lead to the interpretation that the deformed zone is the result of sinistral oblique-slip movements during the late Paleozoic. The observations appear to fit with the regional situation associated with the formation of the Oslo Graben in the late Carboniferous. East-west extension, which caused the normal faulting in the Oslo Graben, could have led to oblique-slip movements along an existing zone of weakness striking NE-SW where the movements would be sinistral.