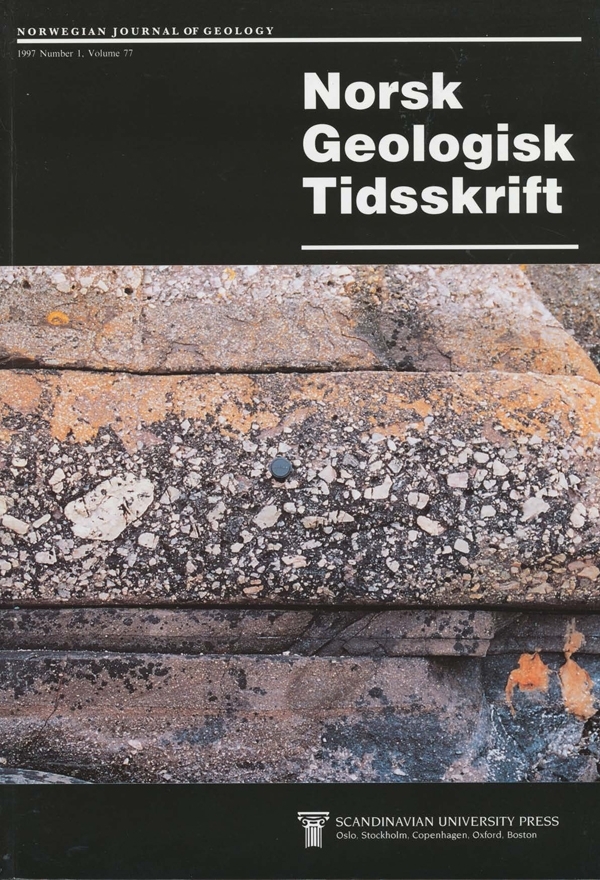 Magnetic and gravity anomalies within the northern Norwegian margin, 67° to 71°N are generally interpreted in terms of a complex series of uplifted and rotated basement blocks. Some of the basement highs were previously not identified on seismic reftection data because they lie below basalt flows. Several shifts in polarity occur along the faults in the continental shelf and the adjacent onshore area. This is most pronounced along the Ribban and Vestfjorden Basins and further to the northeast along the Vestfjorden-Vanna fault complex. The individual segments of the fault complexes are connected by transfer zones, which occur as either: (1) transverse faults, e.g. the Lenvik transfer zone, or (2) twist zones, e.g. the Vesterålen transfer zone. The Vestfjorden Basin consists of two subbasins or half-grabens: one to the north with a border fault to the east and one to the south with a border fault to the west. Several basement faults on the continental shelf can be traced onto the mainland. Reactivation of old shear zones is commonly observed. The Senja Fracture Zone is a reactivation of the Proterozoic Bothnian-Senja fault complex. A palaeomagnetic study of Vesterålen, Senja and Kvaløya has furnished temporal constraints on the near-shore fault activity. On Senja and Kvaløya, two phases of faulting and brecciation have been identified. A young phase, associated with the formation of fault-gouges, is recent-Tertiary in age, whereas an older phase, associated with brecciation, is of Permian age. The Jack of Cretaceous/Jurassic faulting along the central Vestfjorden-Vanna fault complex indicates that there may have been a westward shift of the regional fault activity in the Nordland-Troms area from the Carboniferous-Permian to the late Jurassic-early Cretaceous.