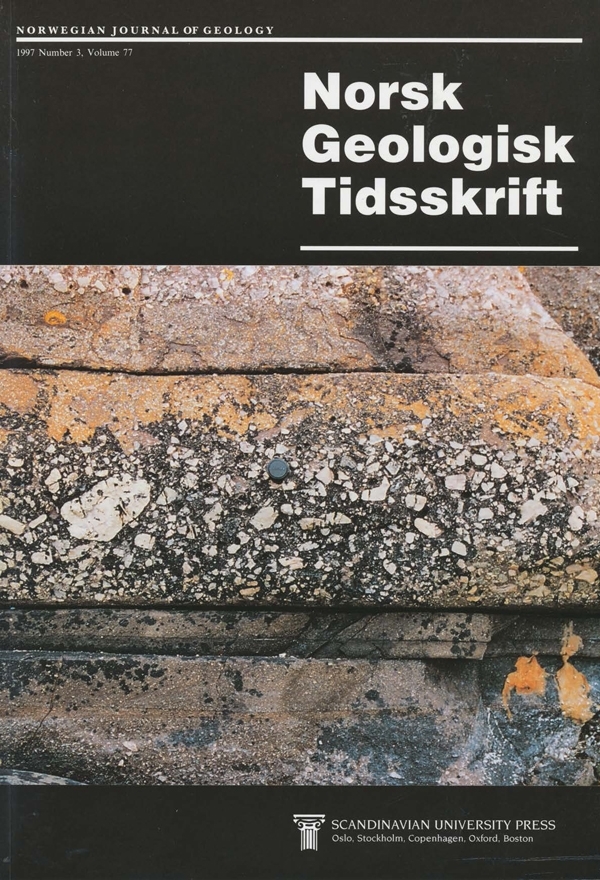 The 140-m-thick 'end-moraine' ridge at Egge-Lyngås comprises a lower mud overlain by a 100-m-thick gravelly succession representing an ice-contact submarine fan formed around 9800 years BP. Outcrop studies from the upper 80 m thickness of the fan are discussed, focusing on the fan's 3-D architecture, sedimentary facies and processes. Foreset beds on the upper slope of the fan dip up to 22° to the south and are dominated by ungraded to poorly graded debris-flow beds derived mainly from subglacial (till) debris. Few deposits of meltwater 'outwash' origin are found. The middle and lower parts of the fan slope are dominated by cohesionless debris-flow deposits intercalated with turbidites and debris-fall gravel. Scattered blocks of ice-rafted diamicton suggest a calving tidewater ice front. Five allostratigraphic units are exposed, inferred to have been formed by advance of the ice-front, stillstand, retreat, followed by readvance with proglacial thrusting, final retreat and glacio-isostatic uplift. The initial ice-front advance and associated fan formation were most likely caused by a climatic deterioration. Termination of the fan deposition was caused by retreat of the ice-front, attributed to the regional climatic amelioration at the end of the Late Weichselian glaciation.